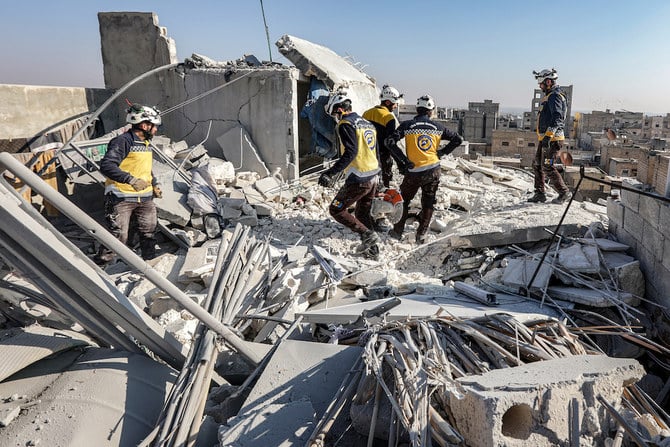 The cabinet on Tuesday discussed the situation of the economic, financial and monetary domains and the role entrusted with each Ministry regarding the coming period to increase the agrarian, industrial and production process.

In a weekly session, Prime Minister Hussein Arnous instructed the ministers concerned to prepare a bulk of procedures, polices and executive programs to deal with the economic situation during this stage and move the production process in cooperation with the private sector.

Arnous, as quoted by SANA, called for the necessity of coordination and integration among ministries, unions and organizations in a positive way to push the circle of national economy forwards, and to offer all possible facilities to keep the heritage and handicraft professions.

People seeking protection submitted 923,991 applications for asylum in the European Union (EU) in 2022 – marking a 46.6% increase from the previous year, German newspaper the Welt am Sonntag reported on Sunday (January 22), citing the European Commission.

According to the report, most applications were filed in Germany, followed by France, Spain and Austria.

Most asylum applications were from Syrians.

Representatives from the Autonomous Administration of North and East Syria (AANES) and the French government stressed in a meeting on Sunday that anti-terrorism support for the AANES should not be limited to the military aid but include economic and humanitarian help as well.

These remarks, according to Kurdih outlet North Press, were made during a meeting in Qamishli city, northeastern Syria, on Sunday between the Co-chair of the AANES Department of Foreign Relations, Badran Chia Kurd, and a French delegation headed by Stéphane Romatet, the director of the Crisis Management and Support Center of the French Ministry of Foreign Affairs.

The meeting discussed the Syrian-Turkish rapprochement and latest developments in the region, including recent Turkish military escalations and the threat of the Islamic State (ISIS), read a statement on the department’s website.

French representative Stéphane Romatet said that his government is closely following the developments in the region.

France has brought back 47 French nationals from northeastern Syria, the country’s foreign ministry said, after a United Nations committee condemned Paris for failing to protect its citizens held in the war-torn country, Al-Jazeera reports.

The operation involved 32 children and 15 women, the ministry said in a statement on Tuesday.

“The minors have been handed to the services in charge of child assistance and will be subjected to medical and social monitoring,” the ministry said, thanking the Kurdish-run local administration in northeastern Syria for its collaboration.

The repatriation comes as human rights campaigners have long urged governments to step up their efforts to bring back their nationals, especially children, from the camps, which were set up to hold the family of alleged ISIL members. Civilians also live in the camps.

On the military front in Syria Today, Russia and the Syrian regime have restored the al-Jarrah military air base in Syria’s north to be jointly used, the Russian Defence Ministry said late on Monday.

“The joint basing of aviation of the Russian Aerospace Forces and the Syrian Air Force at the al-Jarrah airfield makes it possible to cover the state border.”

The small base east of Aleppo was recaptured from Islamic State group fighters in 2017.

Russia has been a dominant military force in Syria since launching air strikes and ground operations there in 2015. It further asserted its presence after the United States pulled out its forces in 2019.

Iran Vows To Rebuild Syria Amid Own Dire Economic Needs

In a meeting with the Syrian defence minister, Iran’s President Ebrahim Raisi said the Islamic Republic is ready to help Damascus financially in rebuilding the country.

Raisi also described the relations between the two countries as strategic, stating that Iran will always stand by Syria.

“The Islamic Republic of Iran is a true friend of the Syrian nation because it stood by the Syrian nation and government during the period of resistance against terrorism and is ready now to stand by them during the reconstruction period by boosting all-round economic cooperation,” Raisi told the Syrian minister Ali Mahmoud Abbas.

The comments by Raisi come at a time when Iran is facing one of its most severe economic crises, with the national currency at a historic low, with tens of millions hit by unexpected poverty.

Meanwhile, in a separate meeting, Commander of the Revolutionary Guard Hossein Salami told the Syrian official that Tehran is ready to help Bashar al-Assad’s armed forces in the required fields.

On Monday, Chairman of the Chiefs of Staff of the Iranian Armed Forces Mohammad Bagheri also expressed the Islamic Republic’s willingness to help the Syrian military in restructuring, training, and supplying equipment. He further stressed the need for staging a joint military wargame by Iran and Syria.

The extent of Iranian military expenditures and financial aid to Syria to keep President Bashar al-Assad in power is not known, but by some estimates, Tehran has spent more than $30 billion over the last decade to support Assad’s regime.

In a comment by commentators Charles Lister, entitled “Enormous Obstacles to Erdogan-Assad Reconciliation Deal”, the writer says the prospect for a meaningful and game-changing deal between Turkey and Assad’s regime begins to fall apart when one considers the other priority in Ankara: countering the PKK. The problem here is that the Assad regime’s core underlying condition for engagement with Turkey has long been and continues to be a Turkish military disengagement from Syria. Turkey’s laser-like focus on getting Damascus to turn forcefully against the SDF through a “counterterrorism” lens is further undermined by Assad’s counter demand: that Turkey label all armed groups across northwestern Syria as terrorist organizations and treat the northwest region as a “terror zone.”

Turkey’s number one asks here — for a Turkish incursion or Russian-sponsored regime crackdown on the SDF — does not look realistic. If Ankara were willing to accept that hard truth, a unilateral intervention around any or all of Kobani, Tel Rifaat, and Manbij would almost instantly kill the track of re-engagement with Damascus, thereby weakening Erdogan’s electoral standing at home.

At the end of the day, Lister adds, the recent elevation of contact between Turkey and Assad’s regime represents the latest phase of a particularly long process that began in mid-2016. The subsequent surge in speculation about the framework of a grand deal and the prospects for a comprehensive shift in Turkey’s posture in Syria has been driven not by facts or logic but by the near-term interest of all actors involved to present a narrative of major change. Erdoğan is acting in his own self-interest; Russia is ever the opportunist; and Assad will continue to play hardball, safe in the knowledge that his departure is no longer in the cards. In fact, the regime has made it very clear in recent days that it has no interest in giving Erdogan any electoral favours and that any progress in dialogue will depend on a full Turkish withdrawal from Syria.

He concludes that the obstacles to a game-changing deal are enormous and insurmountable within a period of a few months.

Could There Be a Breakthrough in Syria?

Another columnist, Omer Onhon, is asking if there could be a breakthrough in Syria.

The Turkish commentator believes that Russia and Turkey, after dangerously confronting each other in Syria on opposing sides, developed their relations into a cooperative one. The two countries and Iran formed the Astana process, which changed the flow of events in Syria.

Russia has always tried to convert or at least neutralize Turkey in Syria, and it now has its chance. Developments around Russia’s war on Ukraine and the upcoming elections in Turkey have pushed both countries to take steps which, maybe, they would not have taken if circumstances were different.

With Russia’s push, the Assad regime is talking to Turkey, but it has put forward conditions for moving further with the rapprochement process.

Last week, the Turkish foreign minister made his first official visit to Washington since the Biden administration took office and met his counterpart, Antony Blinken. Among the various issues they discussed was Syria.

Looking at the joint statement that was released after their meeting, I would say that they did not go beyond repeating their positions. There was no breakthrough on Syria issues or other issues for that matter. If there was, we would know it, especially at a time when the Turkish government is very keen on informing its public about anything that can be presented as “another diplomatic success.”

Looking at the other Syrian parties involved in the conflict, both the Syrian opposition (including the Syrian National Army) and YPG (Kurds) have their reasons to be concerned. They are all on high alert to protect themselves and their interests.

There have been demonstrations in several opposition-held towns in northeast Syria. Hayat Tahrir al-Sham has rejected any reconciliation with the regime. So have other armed groups. As if to press their point, these groups have resumed military operations against regime forces in parts of Idlib, Aleppo and Latakia.

The international community has been calling for a political solution in Syria, based on Security Council Resolution 2254. But there is no progress for reasons which are well known by now. The involvement of many actors with different and mostly conflicting interests makes a very complicated problem even more so.

At this juncture, a true reconciliation between Turkey and Assad could be a critical breakthrough.

On Assad’s part, he himself is a major problem and obstacle to progress and political solution. He is despised and seen as a war criminal by many Syrians and an important part of the international community. The only solution Assad pursues is one that will keep him and his regime in power with absolute authority.

Under the present circumstances, the Tureky-Syria “process” may be a very long one.