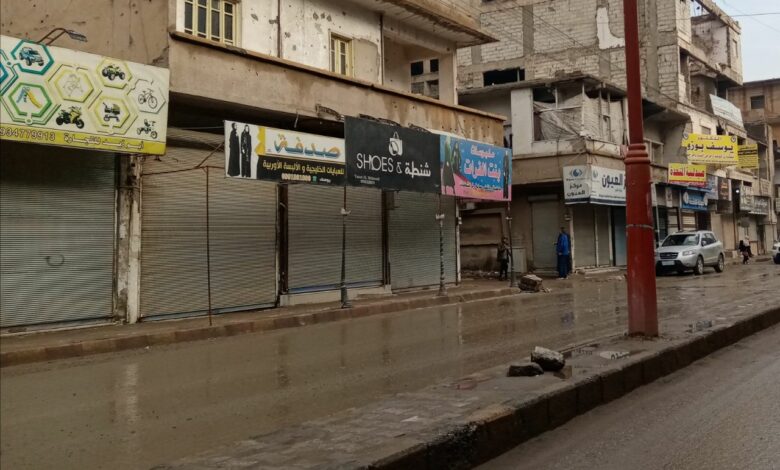 The Syrian Democratic Forces (SDF) have imposed a curfew in the city of Raqqa and launched a campaign of raids in the al-Meshlab neighbourhood in response to demonstrations by residents demanding the execution of a leader, “Haval Jimi,” who killed a woman and her child a week ago.

Local sources reported that on Monday afternoon, demonstrators stormed the building of the Justice Palace, where the SDF headquarters and courts are located, and burned the offices of some SDF officials. The SDF claimed that the demonstrators facilitated the escape of 30 detainees who were awaiting trial inside the palace.

According to Athr’s sources, the SDF has begun pursuing the demonstrators on charges of sabotage, arrested eight of them, and deployed military reinforcements to impose a security cordon around the Central Prison, where they claim to have arrested the leader who killed the woman and child.

The demonstrators question the SDF’s intentions to hold the Kurdish leader accountable, while tribal sources told Athr that the arrest of Jimi was made with the aim of protecting him from the reaction of the population and the victim’s families, not with the intention of holding him accountable, pointing to the possibility of his transfer out of Raqqa by the SDF in recent hours.

The areas controlled by the SDF in the eastern region are experiencing a state of lawlessness due to the spread of crime and the chaos of weapons due to the deliberate negligence by the Kurdish factions in the security file to achieve political and security purposes.