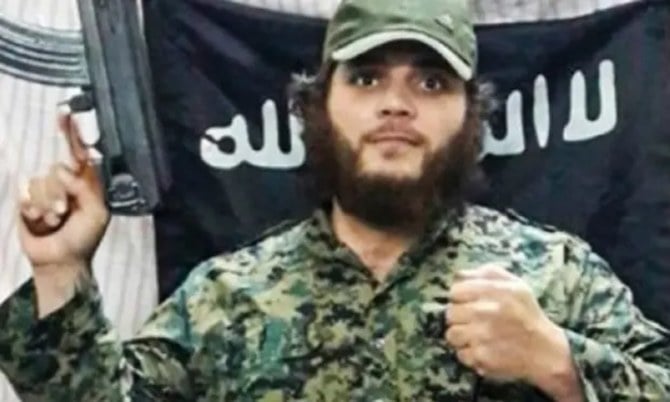 LONDON: A group of five Yazidi women enslaved by Daesh have appealed to the UN to pressure the Australian government into paying compensation following their treatment at the hands of a Sydney-born fighter, The Guardian reported.

The women were enslaved in Iraq in 2014 by a group of Daesh fighters including Khaled Sharrouf, who managed to leave Australia to fight for the terrorist group despite facing previous terror charges.

The New South Wales Victims Rights and Supports Act grants torture survivors $10,000, but Australian courts previously ruled against the women reaching any financial settlement despite authorities failing to prevent Sharrouf from traveling to fight for Daesh.

The Yazidi women are expected to file a case encouraging the UN’s Committee Against Torture to pressure Australia into providing torture survivors with compensation.

Lawyers representing the group will argue that Sharrouf’s crimes come under universal jurisdiction, and that Australia’s requirement to act on the UN torture convention applies outside the country.

Yasmin Waljee, who is representing the group, said: “We’ve got women who experienced sexual violence and violence generally as part of this horrific movement which the world condemned, and yet they’ve left the victims on their own without any remedy.

“It is important that the experience of these courageous women is widely recognized, documented and remembered,” she said.

“If we don’t draw these issues into the light, there’s no hope that improvements will ever be made.

“The world condemned this movement (Daesh) and continues to condemn it, but then doesn’t try to support the victims in any way.”

Philippe Sands KC, another lawyer in the case, said: “You’ve got a situation of utter lawlessness in which Western governments who have committed to rooting it (torture) out seem unwilling to take responsibility to provide the institutional and financial mechanisms to deliver on that commitment.

“If there’s a gap, and unless that gap is filled, you have impunity and more lawlessness. The legal framework as it stands seems incapable of delivering, so this application is intended to fill that gap and seek to recognise the responsibility of a state like Australia to ensure that justice is done for the victims.”