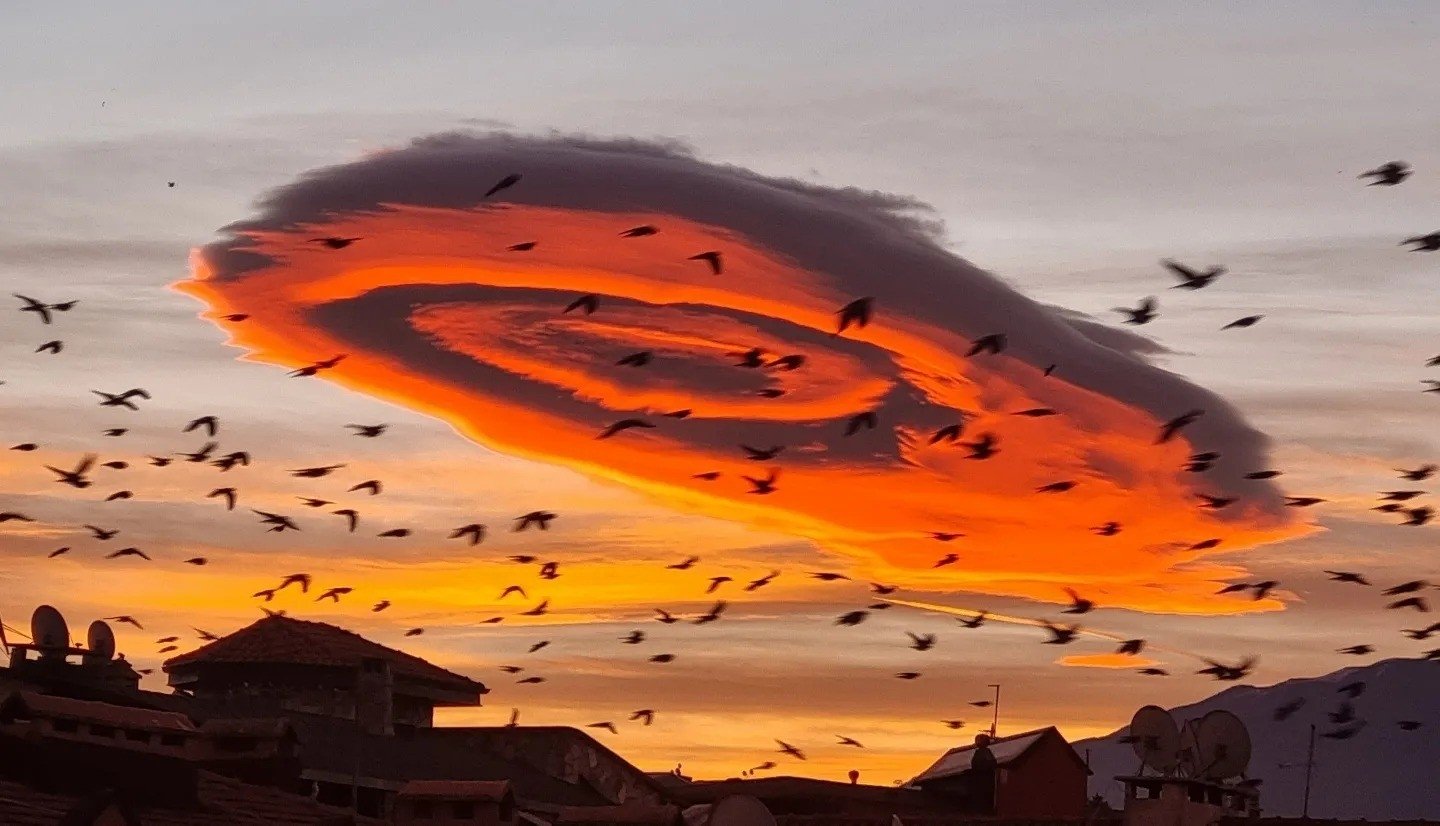 Alenticular cloud that highly resembles a UFO was seen Thursday morning in the northwestern province of Bursa garnering the attention of citizens who took the chance and recorded it with their mobile phones.

The cloud, which was seen from the Kestel, Gürsu, Yıldırım, Osmangazi and Nilüfer districts of Bursa remained intact for about an hour.

According to the information shared on the General Directorate of Meteorology's website, lens clouds are formed because of rough wind fluctuations and indicate turbulencemoving downward in the sky. 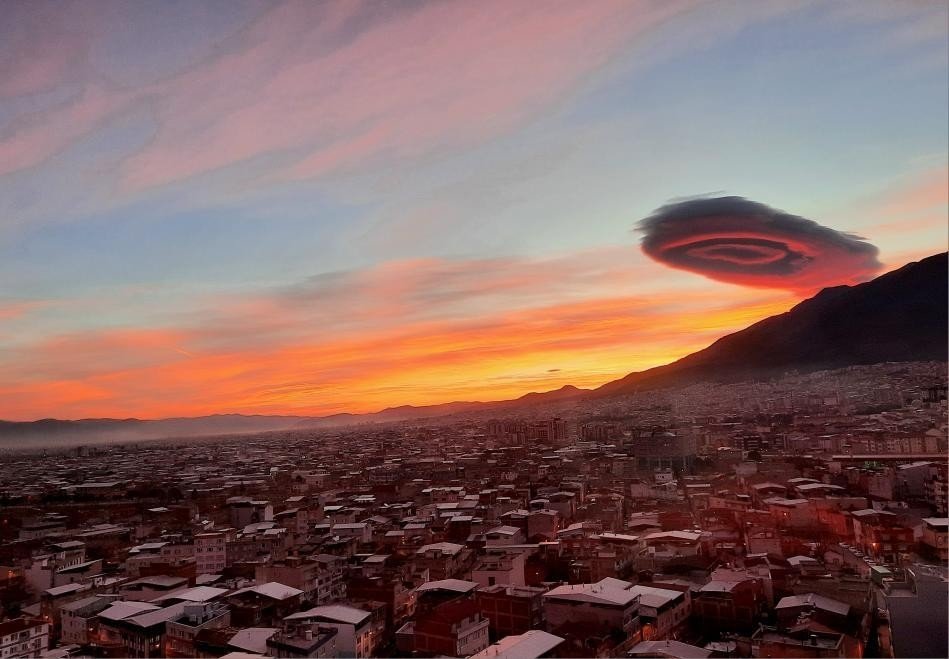 Many people who were astonished by this natural phenomenon recorded the spectacular sight with their cell phones. Later, the photos and videos of UFO-like clouds made rounds on social media across Türkiye.

The stationary cloud, which is the result of an orographic event, is likely to be seen in any geographic area with foehn winds.