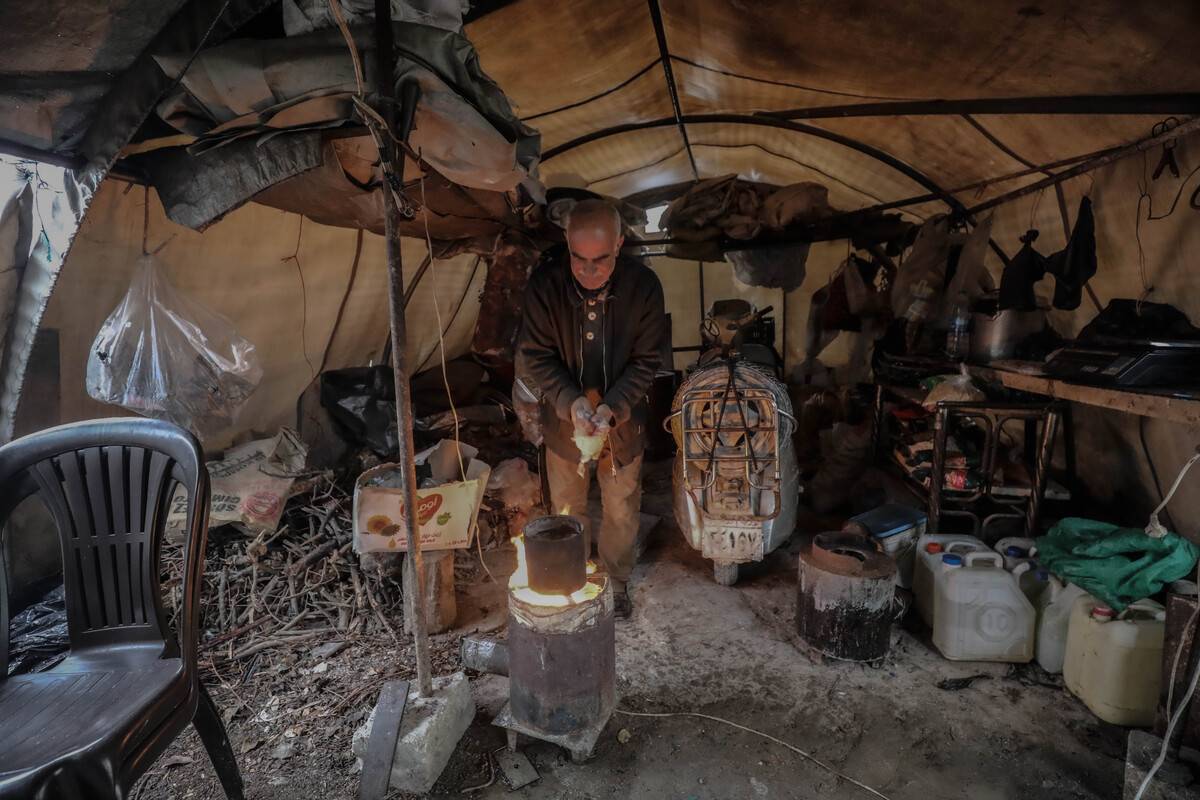 The bitter winter cold is exacerbating the suffering of nearly two million internally-displaced people in the north of the country, Anadolu has reported. The displaced Syrians live in tents that barely protect them from extreme conditions in Idlib, with temperatures falling as low as minus ten degrees Celsius.

Nearly two million Syrians continue to live in displacement camps in Idlib, near the Turkish border, where they lack the basic essentials for a decent life.

Muhammad Khaled, 73, lives in Ain Al-Bayda camp in Idlib. He told Anadolu that the winter is very difficult because the IDPs lack heating and food.

This was echoed by Hudhaifa Omar who lives in the camp with his four children. He said that he collects firewood from areas surrounding the camp to use for heating. For Safia Shami, though, the only things she has to keep her children warm in winter are blankets.