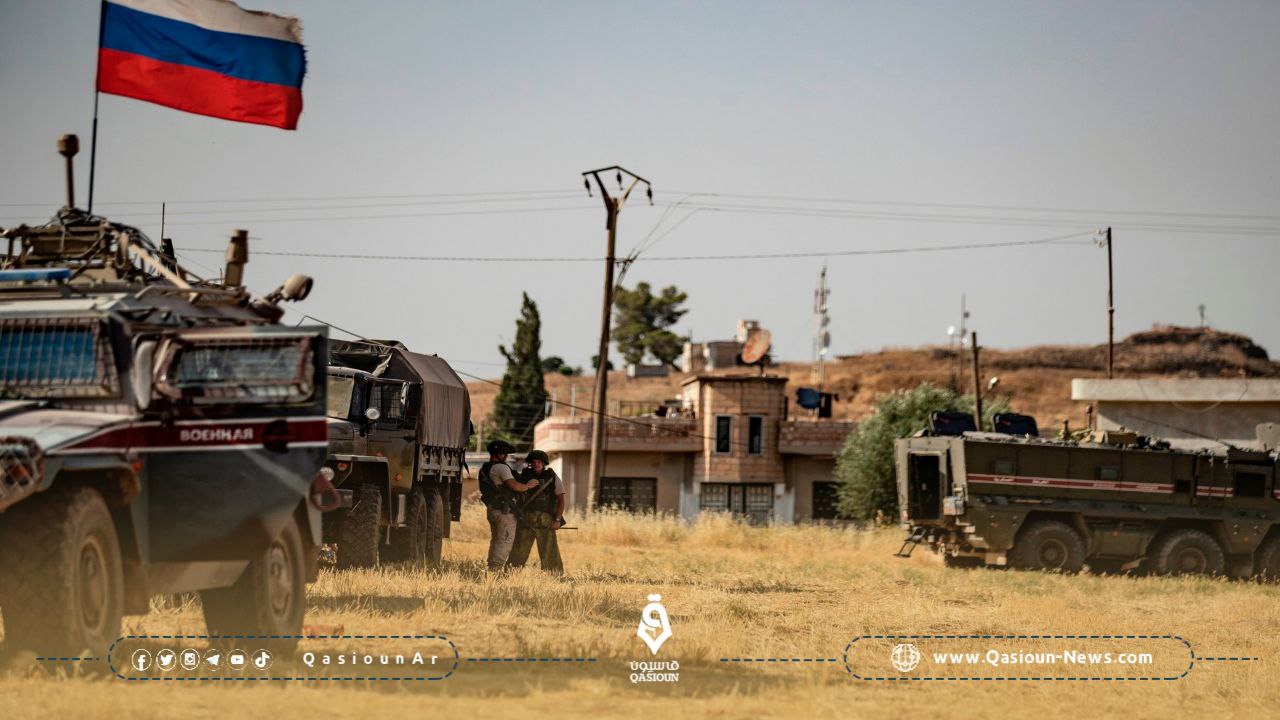 The Russian military police carried out a joint patrol with the Turkish army in the Ain al-Arab / Kobani area, northeast of Aleppo, which is under the control of the Syrian Democratic Forces. It is the 116th patrol between the two sides in the area.

The patrol, consisting of eight Russian and Turkish military vehicles, accompanied by two Russian helicopters, took off from the village of "Ashma" (20 km) west of Ayn al-Arab.

The patrol toured the villages of "Jarkali Fawqani, Qaran, Dikmdash, Khouri, Buban, Gul Bey", all the way to the village of Tal Shaer, 4 km west of the city of Ayn al-Arab.

Other villages toured the western countryside until they reached their starting point in the village of Ashma, and the military vehicles of the Turkish side entered through the gate near the village, while the Russian military vehicles returned to their center near the town of Sarin, south of Ayn al-Arab.

In a related context, last month, the Russian military police and the Turkish forces carried out a military patrol launched from the eastern countryside of Kobani, north of Aleppo, with the participation of 4 armored vehicles from each side, while two Russian helicopters participated in the security coverage.

Joint patrols are taking place between the Russian and Turkish forces on the Syrian-Turkish border, in implementation of the decisions of the Sochi summit that brought together Turkish President Recep Tayyip Erdogan and Russian Vladimir Putin on October 22 of last year, which were considered decisions as an agreement to suspend the joint Turkish military operation with the opposition factions in East of the country that bears the name "Spring of Peace".