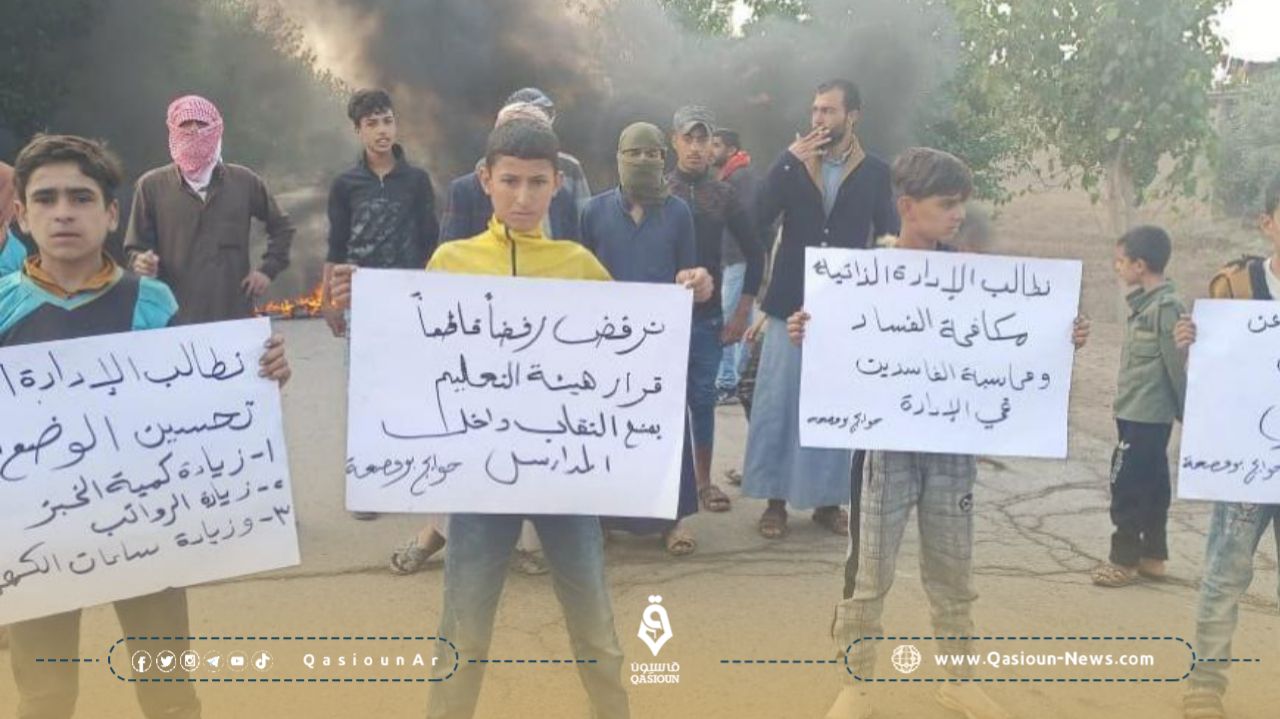 Angry popular demonstrations took place in several areas in the Deir ez-Zor countryside, against the decision of the Qayd militia to ban the niqab in schools, and to reject the militia's policy in the region.

Local sources reported that the people of Boumasaa village in the western countryside of Deir Ezzor went out on Monday, in a protest demonstration against the SDF militia.

The sources said that the demonstrators expressed their rejection of the policy of the SDF and the so-called Autonomous Administration, and demanded the release of detainees in the militia's prisons.

The demonstrators stressed the need to fight corruption in the so-called Autonomous Administration, the civilian wing of the SDF, and stressed their categorical rejection of the decision to ban the niqab in schools.

In the same context, the teachers of the town of Abu Hamam in the eastern countryside of Deir Ezzor protested, expressing their rejection of the decision of the Syrian Democratic Forces to ban the niqab.

Yesterday, the militia had issued a decision banning the wearing of the niqab inside the school campus in the areas under its control in northeastern Syria.