Aerial bombing targets the countryside of Idlib and Hama 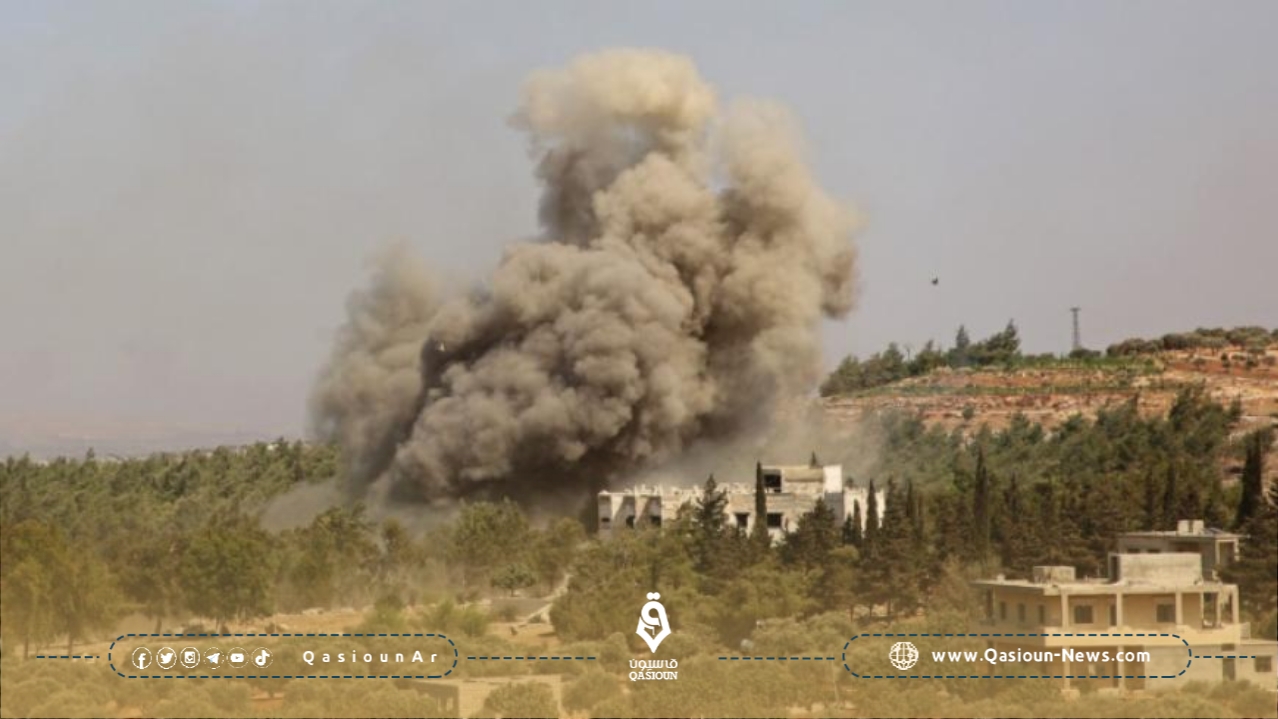 Today, Friday, September 30, the Syrian regime forces and Russia intensified their ground and air bombardments on the villages and towns of Al-Ghab Plain in the northern Hama countryside, and Jabal Al-Zawiya in the southern Idlib countryside, amid intense flight of reconnaissance planes.

According to what the Qasioun TV correspondent, in rural Idlib, said, the Syrian regime forces and the militias supporting it used more than 50 artillery and rocket shells to destroy the cities of “Qalideen, Al-Hamidiyah, Daqmaq, Al-Ankawi, Al-Haluba and Hamimat” this Friday morning in Al-Ghab Plain in the northern Hama countryside.

Our correspondent reported that the Syrian regime forces also intensified their bombardment on the towns of "Al-Bara and Benin" and the village of "Al-Ruwaiha" in the "Jabal Al-Zawiya" area, south of Idlib, with heavy artillery, which caused material damage to civilian property, without recording human casualties.

In this regard, Russian warplanes launched successive air raids near the city of Benin and the village of Al-Ruwaiha in the same countryside, causing severe material damage to civilian property.

Recently, the cities and countryside of Idlib, Aleppo and Hama witnessed intense ground and air raids by the Syrian regime forces and their allies with Russian aircraft, which resulted in a number of civilian deaths and injuries, as well as material damage.

It is worth noting that the Idlib region and its environs are subjected to daily intense bombardment by the regime forces, Russia and Iran, despite the ceasefire agreement signed between Russia and Turkey, since March 5, 2020.