Prisoners, including members of the Islamic State, escaped from a prison in Raqqa 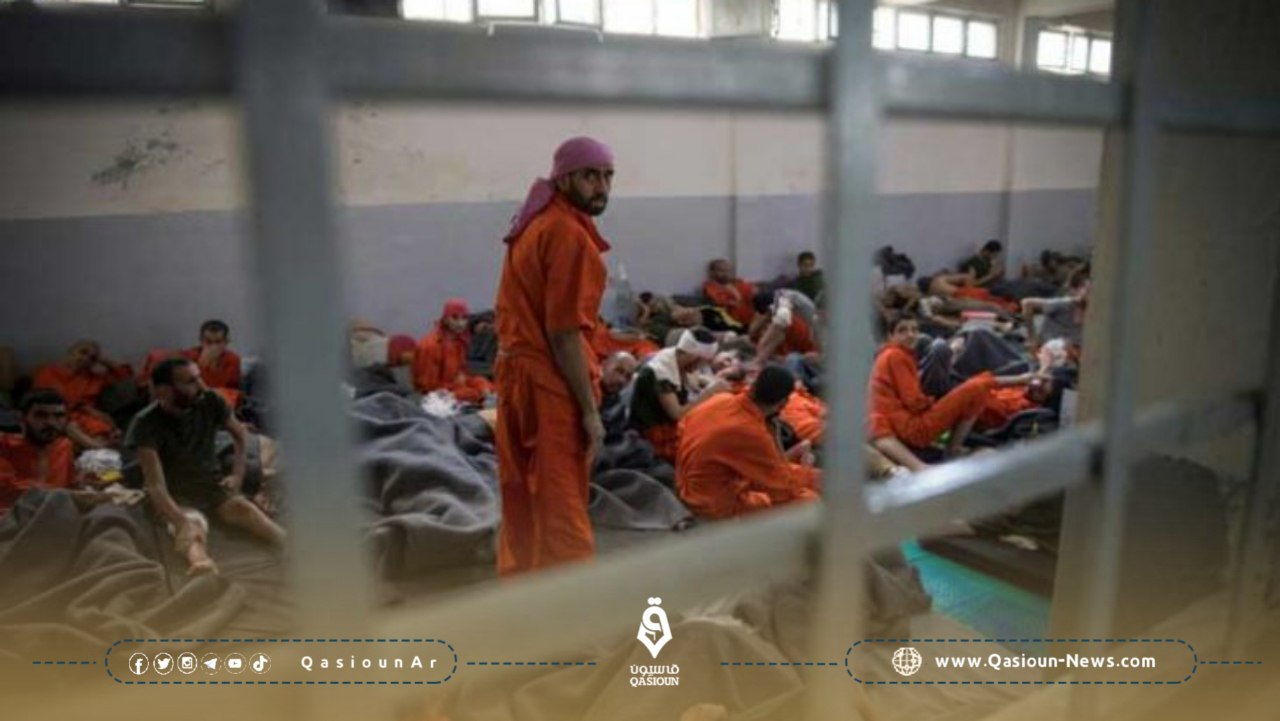 Local media sources revealed that a number of prisoners, including members of the Islamic State, escaped from the central prison in the city of Raqqa during the past 24 hours.

According to Nahr Media, the city of "Raqqa" witnessed a great mobilization of the "SDF" militia, the Internal Security Forces and its anti-terrorist HAT apparatus, as it imposed a security cordon around the prison after about 10 prisoners escaped from the central prison, including ISIS elements.

He explained that the SDF militias and their security services launched a campaign, arrests, and raids on all the houses of the neighborhood in which the prison is located, and arrested dozens of people.

The website added, quoting news from officials in the "SDF" militia, that they arrested the prisoners who escaped from prison a few hours after their escape.

It is worth noting that the prisoner escape and raids did not involve any clashes or shootings, as happened when ISIS prisoners escaped from Ghweran prison in the city of Al-Hasakah several months ago.