A protest sit for teachers in eastern Deir Ezzor 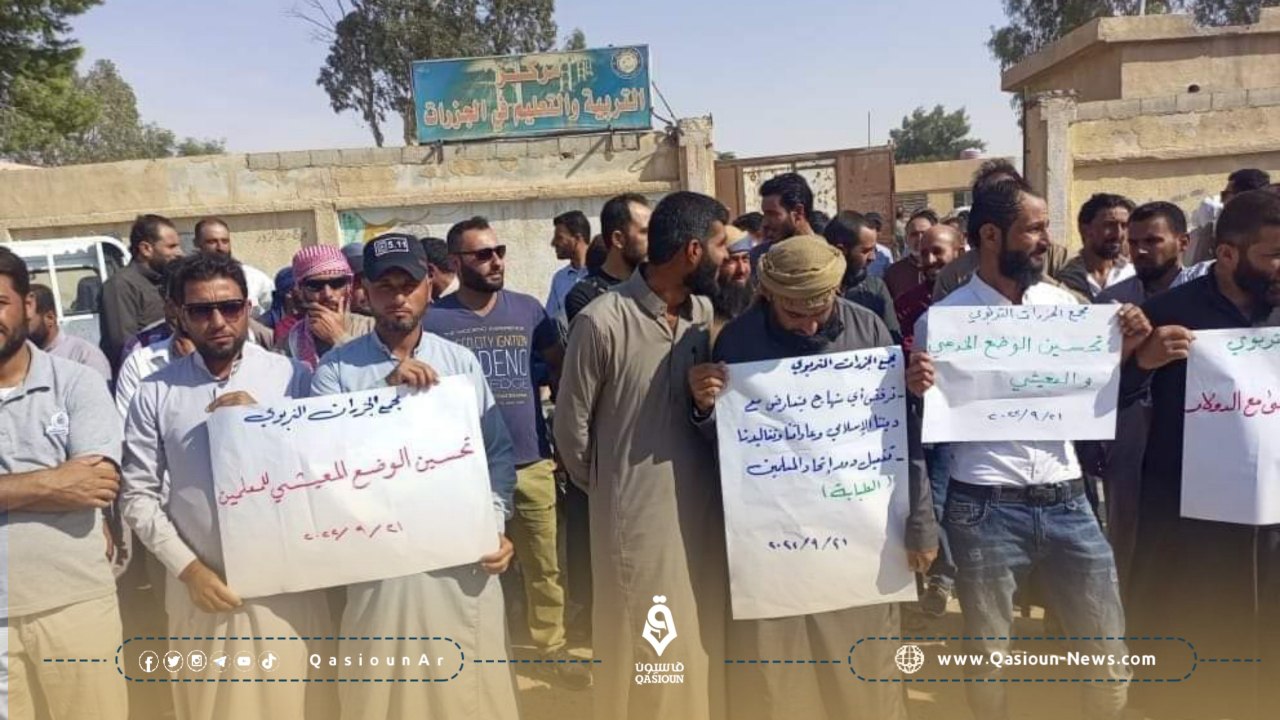 The teachers of the "Euphrates Complex" organized a protest in the cities of "Abu Hamam" and "Al-Keshkiya" in the eastern countryside of Deir ez-Zor, to reject the SDF curriculum and to demand their rights.

According to the local "Mashreq Media" network, the protesting teachers rejected the curriculum of the SDF militias, and demanded an increase in salaries and setting their value in US dollars, in addition to appointing a guard for schools not to be subjected to theft and tampering, and the payment of salaries for maternity contracts, while they asked the Education Authority of the Autonomous Administration By issuing an immediate decision to stop distributing the new curriculum in Deir ez-Zor, with the aim of returning students to their schools.

Most of the parents made it clear that they refused to send their children to school because of the attempts of the "SDF" militia to impose materials and lessons from the approach followed by the SDF militia on schools and students, while the teachers threatened escalating steps if their demands were not met.

The teachers called on UNICEF to intervene to prevent the SDF militias from trying to change the curricula, since schools in Deir ez-Zor have been adopting UNICEF curricula for years.

It is worth noting that activists from the region have called since yesterday to hold a protest sit-in on Thursday at the "Al-Furat Educational Complex" at 9 am, in protest against the policy of the SDF and to demand the right of