Within 24 hours... ISIS claims 3 attacks against SDF in eastern Syria 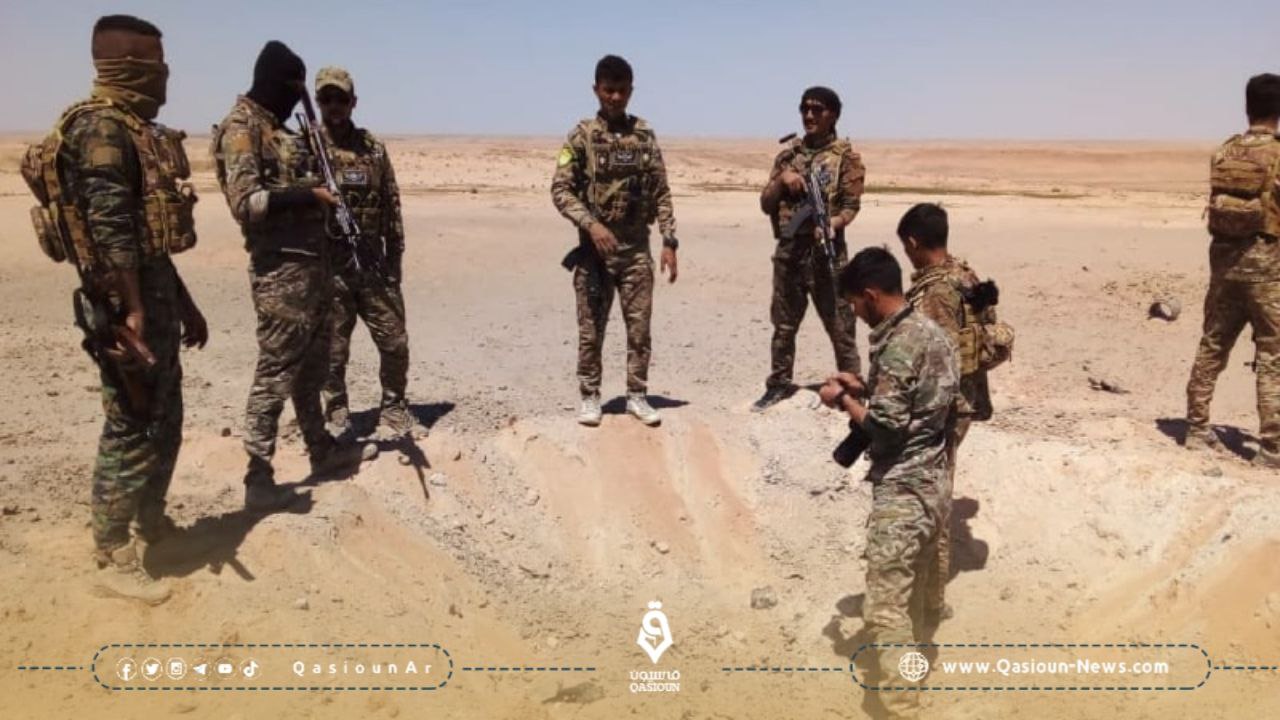 The Islamic State (ISIS) has claimed three attacks, during the past 24 hours, targeting military sites of the Syrian Democratic Forces (SDF) in northeastern Syria.

According to what the organization stated through its official identifier on “Telegram”, its members targeted a military checkpoint of the “SDF” militia, in the village of Al-Wahid, north of Deir ez-Zor governorate, which led to the injury of a number of members.

The organization added that an attack with machine guns targeted an SDF member in the town of Suwaidan in the same region, wounding him, while another attack targeted two SDF members in the village of Jazra Milaj in the Kasra area, north of Deir Ezzor, killing one member and wounding another. .

For its part, the Internal Security Forces of the SDF (Asayish) issued a statement, saying that they had thwarted an ISIS attack in the vicinity of the “Al-Hol” camp, east of Al-Hasakah governorate.

It indicated that it clashed with an ISIS cell in the vicinity of the camp, which resulted in the killing of a number of its members and the families of others, while combing operations are still continuing in the site of the clash and the surrounding areas.

It is noteworthy that a few days ago, the "Islamic State" organization issued an audio speech by the official spokesman, "Abu Omar Al-Muhajir", in which he sent messages to many parties, talking about a number of points, most notably prisons, and calls to join his forces,

Al-Majhar considered that the organization’s priorities today are liberating its fighters from prisons around the world, and that it liberated large numbers of them from prisons in Syria (Gweran prison), Nigeria (Koga prison), and another prison in the Republic of the Congo in Africa.

There are many prisons in the areas of influence of the “SDF” that contain thousands of ISIS fighters, including large numbers of foreigners, in addition to camps containing the families of fighters, while many countries refuse to take back their nationals from these prisons and camps.