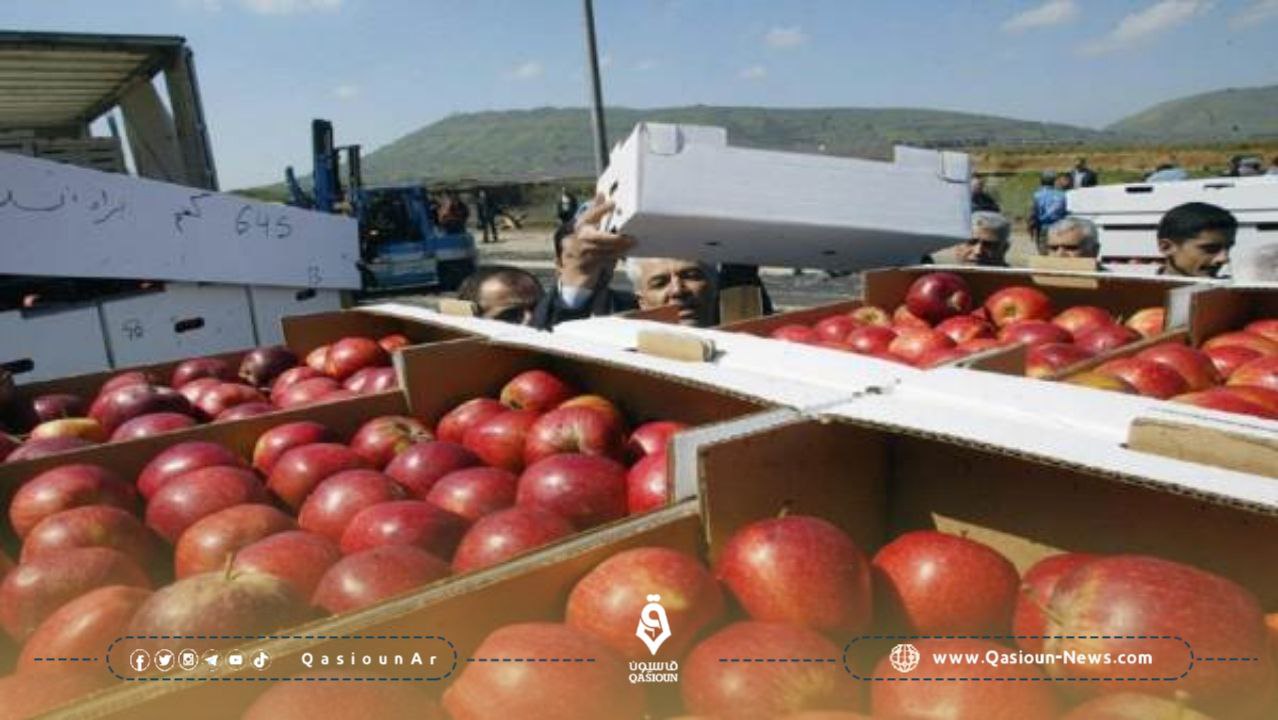 A number of apple growers in Drakeish complained about Syria's delay in importing apples, which prompted them to harvest the crop and transport it to the markets of Tartous city to sell it directly to citizens to avoid heavy losses.

The farmers said: Although we bear the transportation fees and sell apples directly to citizens at a loss, at a price of 1000 Syrian pounds for the first elite and 700 pounds for the second elite, knowing that the price of a kilo reaches 2500 Syrian pounds, our loss is still small compared to the loss of the entire crop while the Syrian trade waits for receipt. .

He explained that "a few days ago, the Syrian Trade Corporation distributed empty boxes to farmers and promised to come the next day to collect the crop, adding how long we wait? So that the fruits are destroyed by high temperatures?

According to the farmers, the most effective solution is for many farmers to participate by loading their crops onto a truck and selling them directly to citizens to ensure savings on the price of boxes and commission for the souk al-Hal merchant, and lower shared transportation fees.

In turn, the head of the Tartous Farmers Union, "Mohammed Hussein," told "Athar Press" website that the largest apple production in the province is concentrated in Al-Draikish, and the production is 26,000 tons, noting that farmers have the freedom to sell their crops directly to citizens or via the Syrian trade route.

Hussein added that the Syrian trade distributed 11,094 boxes to apple farmers in different areas of the governorate, and as of September 18, 4,907 boxes weighing 95 tons had been received, while there are farmers who harvest apples and put them in boxes three or four days ago while they are waiting for the Syrian trade to pick them up.

Hussein stated that Drakeish distributed 6,772 boxes, stressing that Syria possesses commercial capacities that do not exceed 30% of production, according to those interested in the Syrian trade branch.

The Syrian trade in Tartous estimated that in recent times, 100 tons of apples were recently imported from all regions of the governorates, and part of the traded quantities are sold to the Foundation’s branches in governorates such as Deir ez-Zor, Aleppo, Damascus and others, in addition to storing the leftovers in refrigerators.