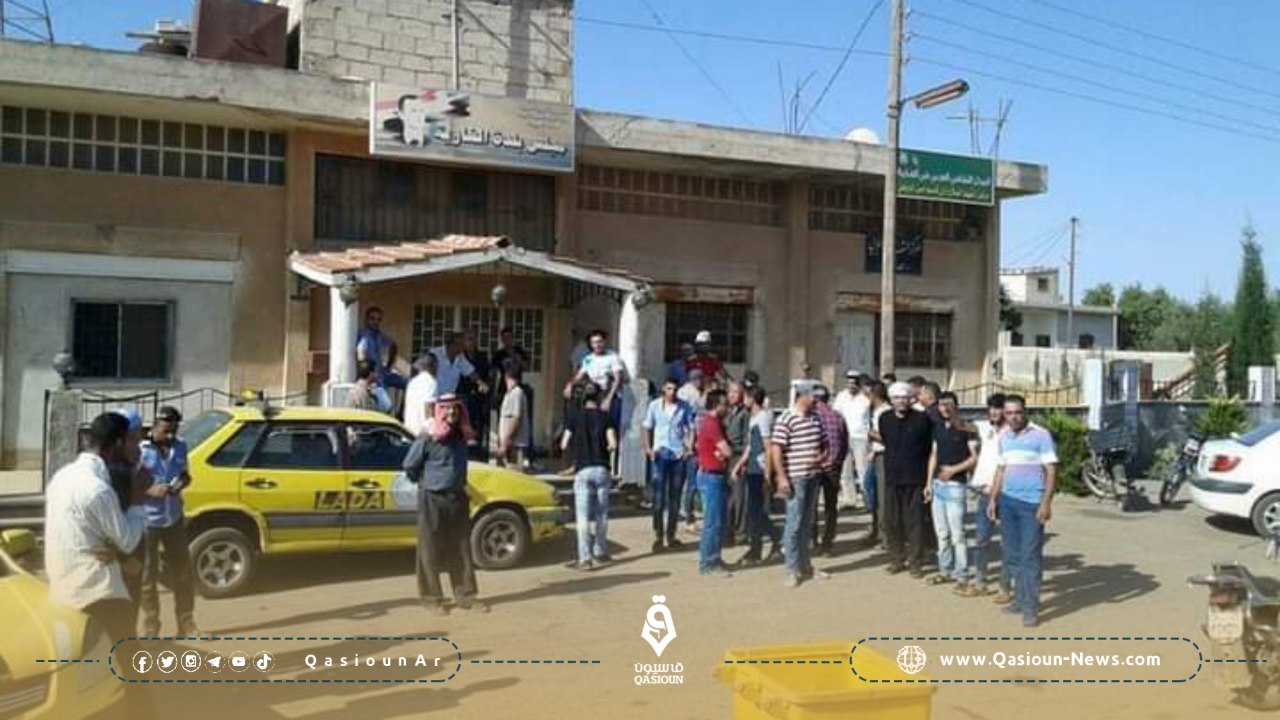 Hazm village in the As-Suwayda countryside witnessed protests by the villagers for the second consecutive day, by partially closing the Damascus-Suwayda road, from morning hours until noon, due to the deterioration of service sectors and difficult living conditions.

According to the "Suwayda 24" page, a delegation comprising elements of the "National Defense" militia and an official from the First Corps of the Assad regime's army, met with the protesters, and asked them to form a delegation representing the residents of the village of "Hazm", with the aim of meeting the commander of the First Corps, justifying this to listen. To the demands of the people of the village, and work to meet them, as claimed by the delegation.

She explained that the protesters from the villagers had already chosen their representatives, and went to the headquarters of the First Corps, and held a meeting that brought them together with the commander of the Corps, where the meeting lasted for more than two hours.

She indicated that the corps commander made promises to the village representatives to work on improving services in the village and the neighboring villages as soon as possible, claiming that the situation is difficult and there is suffering across the country.

She pointed out that the delegation representing the people said during the meeting that the road was partially blocked, explaining that it did not aim to disrupt the lives of civilians, and that no aggression, sabotage or problem had occurred, and that the aim of these protests was to express their objection to the government of the Assad regime abandoning its duties and responsibilities, In light of the difficult living conditions in the area, in addition to delivering a message from the people that "their patience is running out and we can no longer tolerate this failure."

It is worth noting that the As-Suwayda governorate has been witnessing sporadic protests for nearly a month, the majority of which are concentrated in the countryside, due to the deterioration of services and the Assad regime’s neglect of the service sector, in light of the difficult living conditions experienced by civilians in the areas under its control.