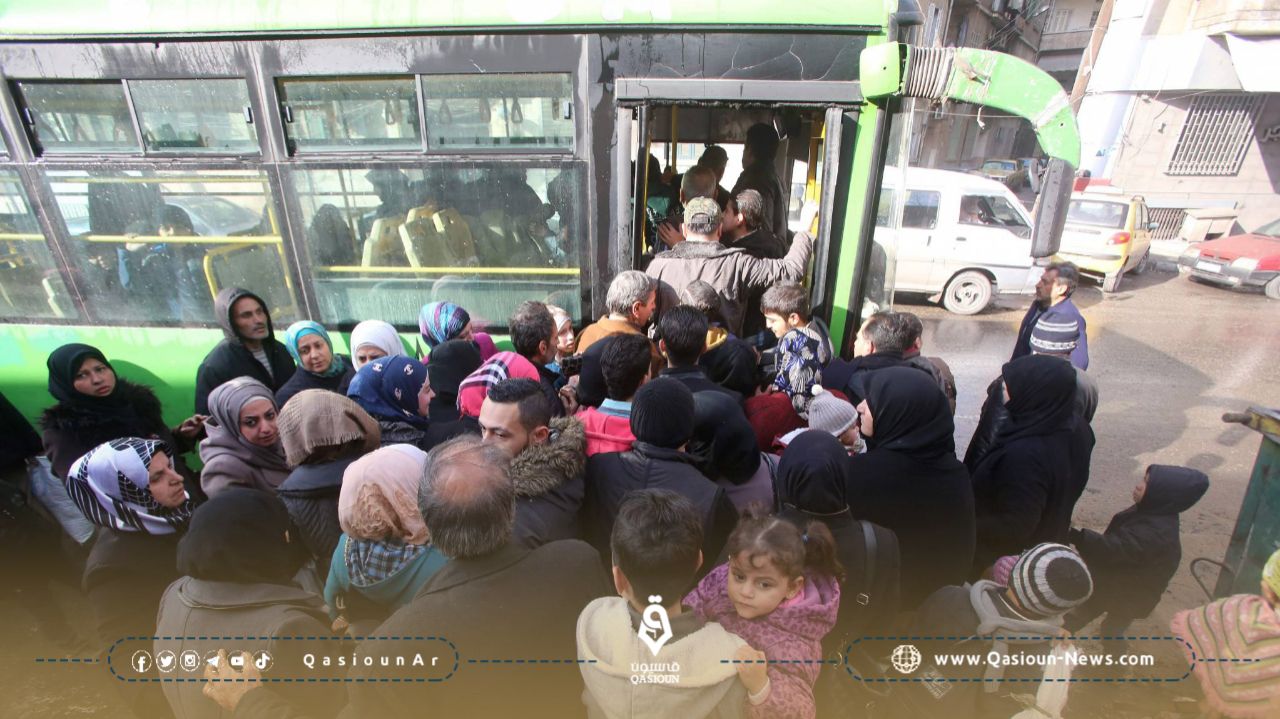 A young man died yesterday, Monday, in the city of Damascus, after being run over by a bus due to overcrowding, in an incident that was repeated in light of the great overcrowding in transportation, and the stampede that occurs on internal transportation buses in the regime areas.

Local sources indicated that the young man, "Mohammed Hamed Hamsho", died after being run over by the "South Circle" bus in Damascus, as he slipped under the wheel of the bus while trying to get on it while it was on its way.

The source stated that the young man was late for his university, and did not find any means of transportation, and when he saw the coming internal transport bus, he tried to get on it even though it was working, but while trying to get on. His foot slipped and fell under the wheel and the bus driver was unable to stop it before the disaster struck.