Violent explosions and evacuation of residents in Homs countryside 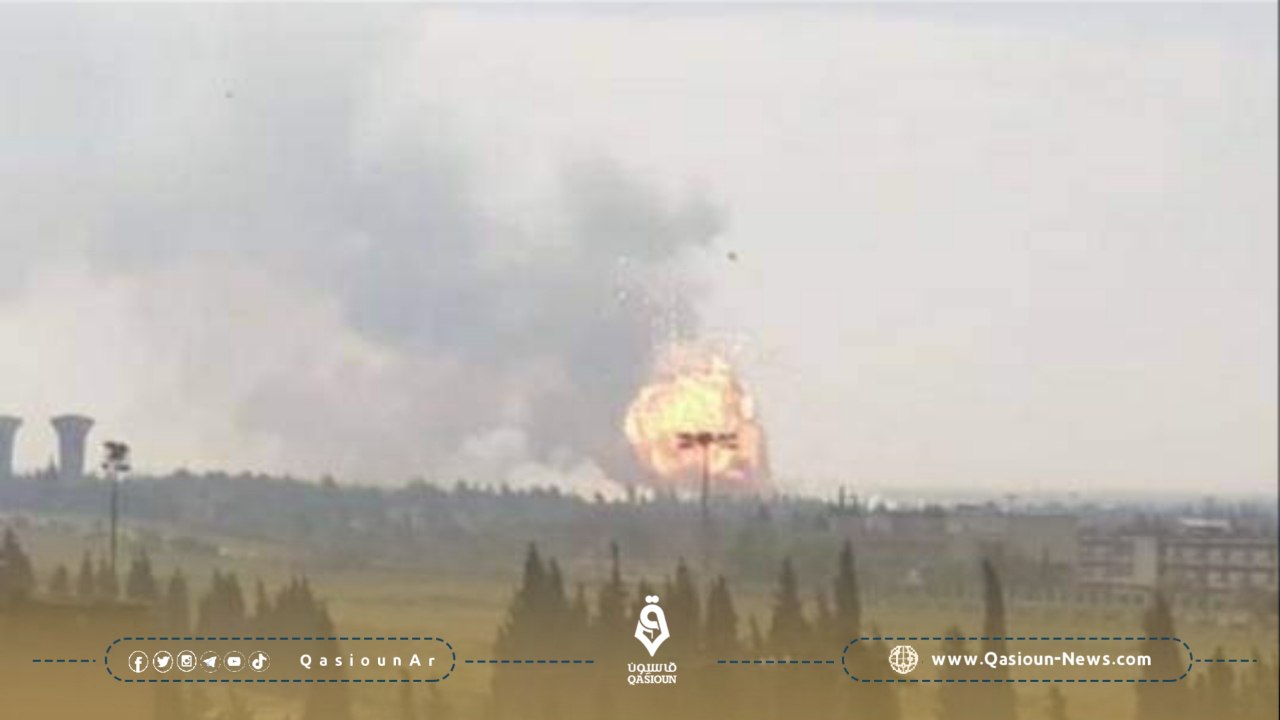 Violent explosions rocked separate areas of the eastern countryside of Homs at dawn today, Tuesday, as a result of the explosion of a warehouse containing a large amount of weapons and ammunition.

According to pro-regime sources, violent explosions took place in the area between the villages of "Al-Shatayeh and Tal Shanan" in the eastern countryside of Homs, where the explosions continued inside the warehouse for several hours, without mentioning or knowing the reasons.

According to Sham FM radio, the cause of the huge sounds was the explosion of an ammunition depot in one of the military sites, in the Tal Shanan area in the eastern countryside of Homs, confirming that there were casualties among the regime forces, without mentioning the number.

For its part, the loyalist "Snack Suri" website stated that the regime's government worked to evacuate a large number of residents of the village of "Al-Shtayeh", in order to preserve their safety. While the explosions stopped at 9:30 am.

Bedouin, the loyalist journalist, Waheed Yazbek, said in a post on "Facebook" that the explosions were of unknown cause, without confirming that they were caused by air strikes, or a cause inside the warehouses.

Yazbek explained that the missiles flew from warehouses, and some of them reached the nearby "Al-Zahraa neighborhood" in the city of Homs, without causing any casualties, according to his words.

It is worth noting that loyalist websites circulated video recordings of the explosion, in which columns of fire and explosions of ammunition and missiles were seen, and firefighting and ambulance teams went to the place.