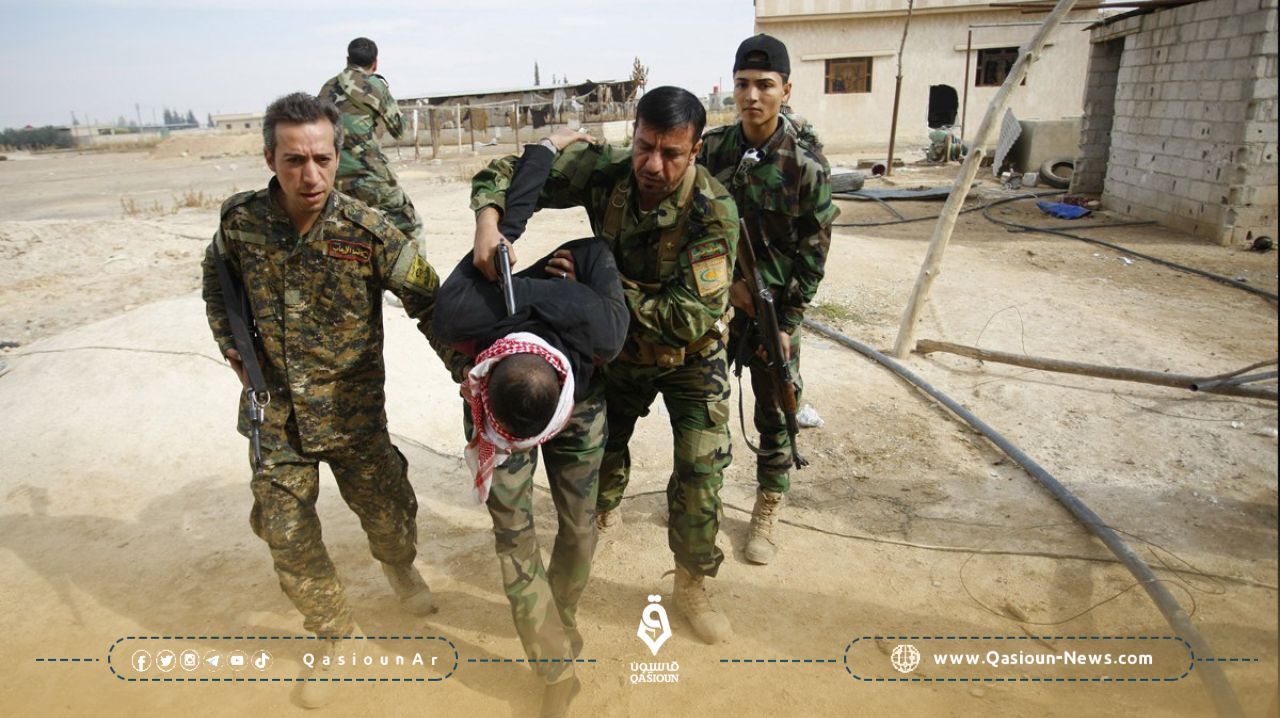 The military police of the regime forces, in cooperation with the Political Security branch in the city of al-Tal in the Damascus countryside, launched a security campaign in the city during the past few days to pursue a number of its sons.

According to "Sawt Al-Asema" yesterday, the security campaign aims to search for dozens of city residents who are wanted for compulsory and reserve service, or who deserted after being conscripted.

Joint patrols of the Military Police and Political Security set up temporary checkpoints on the main and secondary roads to arrest the wanted persons, while the security forces raided several homes of the wanted persons in the city, according to the source.

The source indicated that the security forces have lists of young men who have deserted after being forcibly recruited into the ranks of the regime forces, local militias and the Iranian Revolutionary Guard.

It is worth noting that the campaign resulted in the arrest of two young men from the city, who were transferred to the Military Police branch in Qaboun, while the raids and arrest campaigns continue in conjunction with a major security tightening in the city.