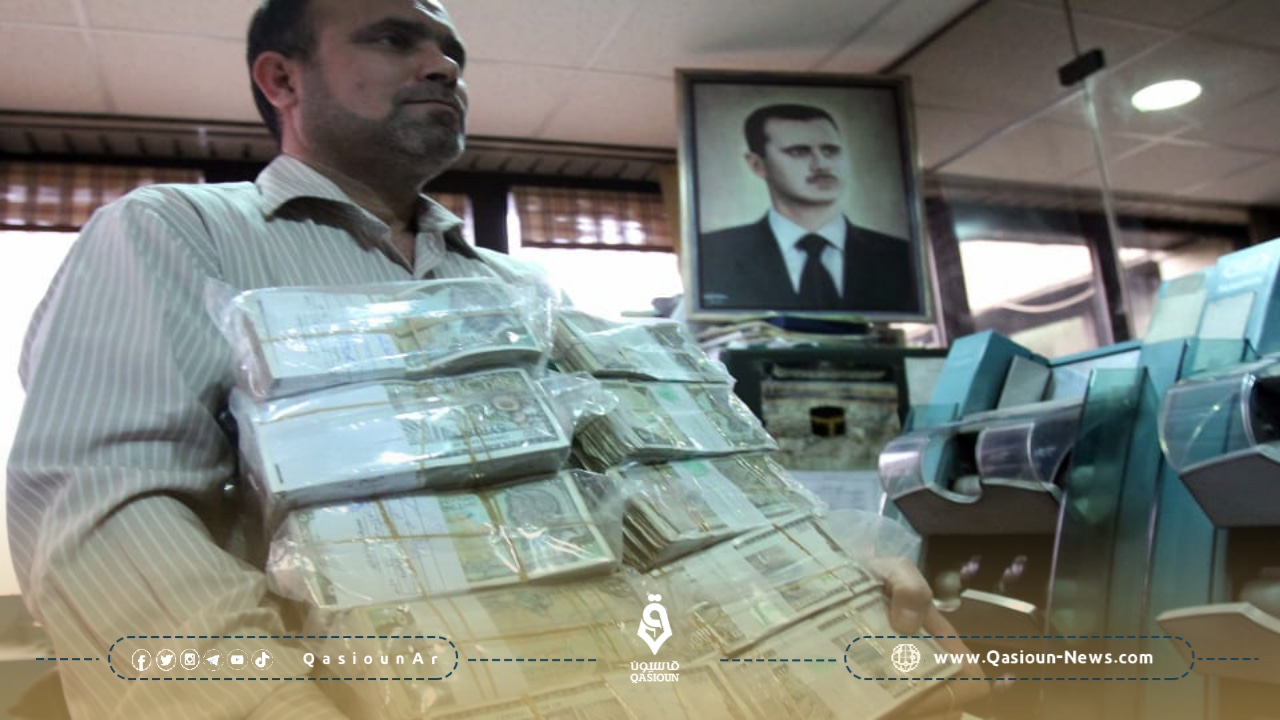 Loyal media revealed that government bankers in the areas controlled by the Assad regime stole money unexpectedly from auditors.

The loyalist newspaper Al-Watan said that it had received complaints from citizens about fraud in "packages" of money when receiving them from government banks.

She added that most cases are discovered after the auditor leaves the bank room and thus loses his right to object or request closing the deficit.

The newspaper quoted the director of a real estate bank, who admitted receiving a complaint from a woman who said that the money she received from the bank was missing, which became clear after she arrived at the house and got the amount.

But the manager claimed it was an attempt by the lady to deceive the bank after he went back to the cameras and checked it out.

The manager justified this by saying that the financial "packages" that were delivered were sealed and packed and could not be tampered with by the bank's employees, as he was handing them over to the auditors without anyone's intervention.

He pointed out that the error occurs when the money is counted manually or by machine, and here the auditor must verify the amount he receives in the bank room immediately.

It should be noted that observers believe that the Assad government provides the appropriate climate for corruption and theft, where bribery and theft are openly carried out in government departments without accountability, in addition to the corruption of officials who take advantage of their positions.