A horrific crime against an Iraqi child in the countryside of Hasaka... and protests to hold the criminal accountable 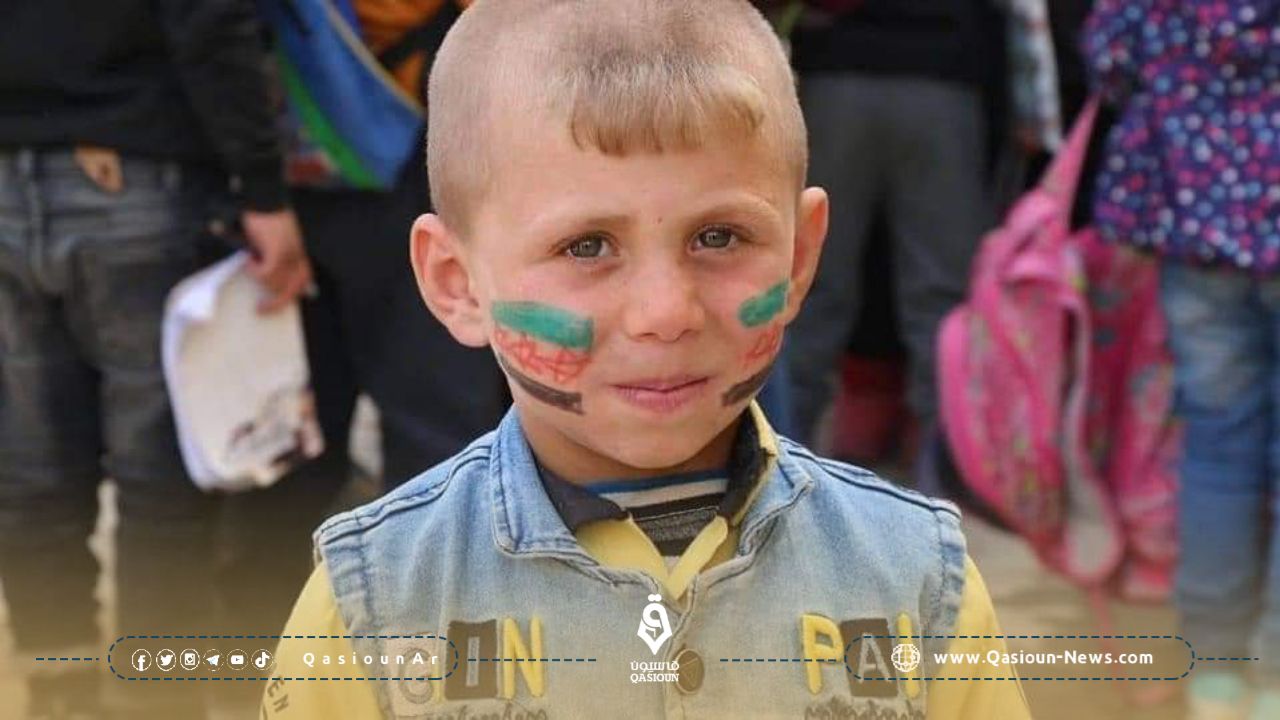 Yesterday, Wednesday, the city of Ras al-Ain in the northern countryside of Hasaka witnessed a horrific crime in which an Iraqi child was killed after being raped.

Qasioun's reporter said that the child, "Yassin Raad Mahmoud", is an Iraqi refugee, and a brother of three orphaned girls, whose mother works in selling bread to secure difficult life expenses.

The reporter pointed out that the forensic doctor's report and the medical examination showed that the child had been raped and then killed.

Our correspondent added that the accused of raping and killing the child was named "Mustafa Abdul Razzaq al-Salama", from the city of Soran in the countryside of Hama governorate.

In response, the National Army's "Revolutionary Liberation Committee" issued a statement denouncing this crime, stressing that after discovering the crime, it arrested the perpetrator and handed him over to the Military Police.

In its statement, the commission confirmed that the perpetrator of the crime was a civilian who did not belong to any of the factions and formations of the Syrian National Army.

For his part, "Mustafa Sejri", a member of the leadership council of the Revolutionary Council, said: The killing of the Iraqi child, Yassin Raad al-Mahmoud, is a dirty and heinous crime that shook the Syrian street, and it was carried out by a demonic beast in the form of a human being.

He added in a tweet via Twitter: “Our forces arrested the criminal and duly handed him over to the Military Police.

In turn, the people of the city of Soran, the Shura Council, and the family of the perpetrator, Al-Salama, issued a statement denouncing the crime, which was committed by Mustafa.

They called on the competent authorities to impose the most severe penalties on this criminal who violated the sanctities of God, stressing that he was detained by the PKK in Deir ez-Zor prison for five years, and was released about ten days ago, and arrived at Sheikh Najib from his area, to accommodate and honor him until he completes his journey. to his family.

The statement stressed that the criminal does not belong to any military faction, calling for the most severe penalties to be imposed on the offender.

It is noteworthy that the crime aroused public opinion in the liberated areas, and activists demanded the judicial authorities to impose the most severe penalties, amid calls for protest demonstrations for the retribution of the perpetrator.