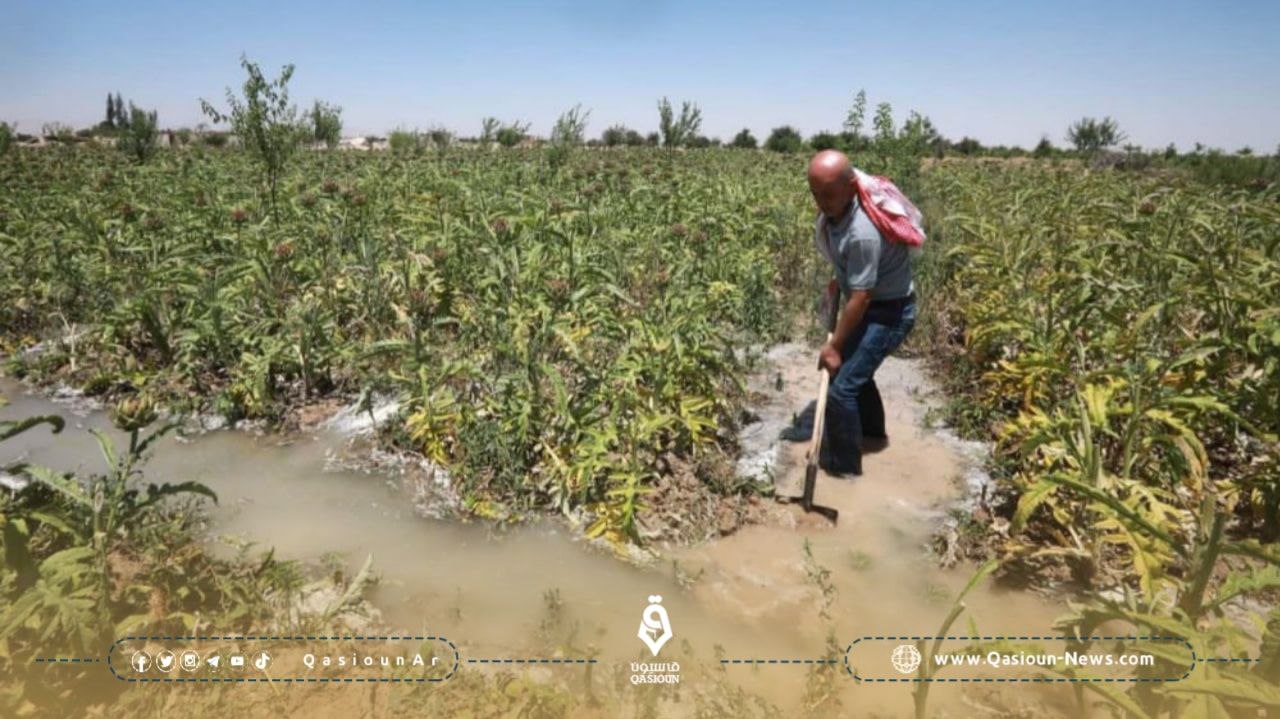 The delay in the construction of sewage treatment plants in the yard of As-Suwayda Governorate, which has been built for years, has led to the transformation of many agricultural areas into sewage swamps, where sewage pipes were laid inside them without ending the sewage treatment plants, which should be The most important of these lines.

The people, especially in the villages of Al-Tha’la, Al-Aslah, Al-Dara, Kanaker and others, stressed their suffering from the bitter water that caused an environmental imbalance in these areas, especially among some vulnerable groups that use wastewater to irrigate vegetable crops and fruit trees despite the environmental damage and health risks posed by this water. Especially in light of the outbreak of cholera in some governorates.

Specifically, Bashar al-Jarmaqani, deputy director of the environment and head of the laboratories department, said that the areas where these crops are located are within the border cities of the western region, where there is sewage water there, in addition to the absence of water treatment plants.

He pointed out that there are lands that are already being irrigated with sewage, especially in the villages of Kanaker, Al-Aslah, Al-Tha’lah and Walja, and stressed the need for urgent action to prevent them from suppressing the phenomena, and that this is represented in activating the committee to combat agriculture irrigated with sewage, which has paralyzed its work due to the security situation. In the province and the lack of necessary support from the relevant authorities.

He warned against going to the swimming pools during this time, even at the end of the season, as it was found that many of them violate the conditions of sterilization, and for fear of infection of the skin or digestive system, which can cause diarrhea, which in turn can lead to transmission of infection in case of suspicion. in cholera

Yesterday, the World Health Organization warned that the risk of cholera spreading in Syria is "extremely high" after it announced late last week that cases had been recorded in several governorates for the first time since 2009.