Two children suffocated due to house fire in Homs 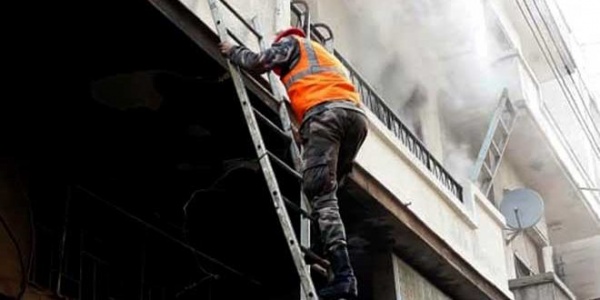 The Syrian regime announced death two children asphyxiated by smoke "on Sunday" in a fire that occurred in a house in Al-Insha'at neighborhood in Homs.

The Director of Civil Defense in the government of the regime in Homs, Brigadier General Ghiath Aqel, told "Al-Watan Online" that a fire broke out in a house on the third floor of a residential building near Al-Nakhla Roundabout in Al-Insha'at neighborhood.

He added that the fire caused the death of two children, one of whom is a 10-year-old girl and an 8-year-old child, due to smoke, as they were taken to a hospital, stressing that the causes of the fire are not yet known.

It is noteworthy that three children died on March 24, when a fire broke out in their house in Sbeya, in Damascus countryside, when a heater fell in one of the rooms.