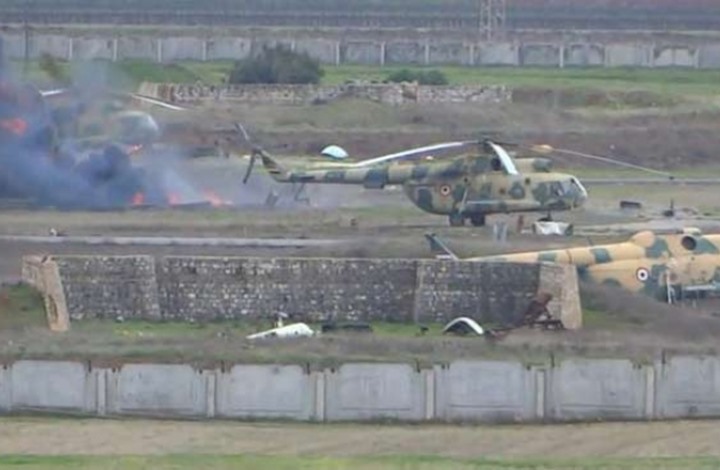 Local sources reported that, last Thursday, officers of the Syrian regime army informed 14 families living in the vicinity of Al-Nairab military airport, east of Aleppo, of the necessity of evacuating their homes without knowing the reasons behind this decision.

According to what Enab Baladi newspaper reported, citing the warning families, the officers gave the families a deadline until the end of March to leave their homes and evacuate them completely.

The source added that the officers were accompanied by elements from Al-Nairab Airport, and they gave these families an eviction notice, pointing out that the tone of the communication was not severe.

It is noteworthy that the regime forces and the Iranian militia have severely tightened the noose around the population in the countryside of Homs, where the regime has warned many families in the vicinity of Palmyra Airport to evacuate their homes to expand the airport.