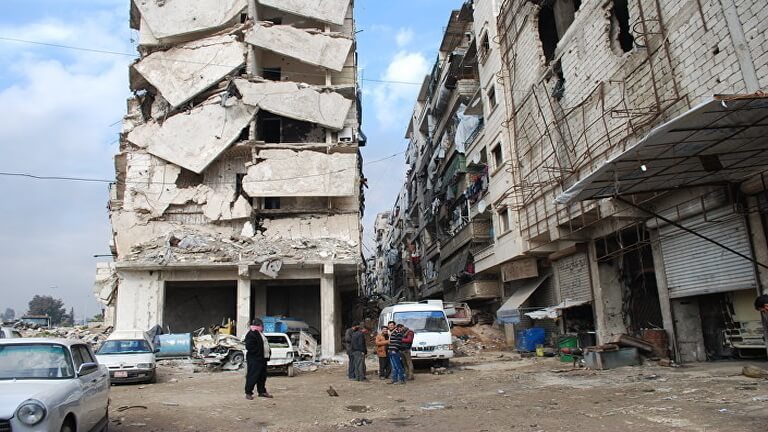 "Aleppo City Council" of the government of the regime evacuated five residential buildings from their residents in Al-Salihin neighborhood, next to Al-Miqdad Mosque, after the residents living there noticed and reported recent cracks.

Ahmed Bakour, director of Bab al-Nairab services, said in an interview with the regime's media, that according to the initial description of the Public Safety Committee, it was found that the groundwater level rose significantly in the area due to the heavy rains.

He pointed out that due to the height of these buildings and the excessive loads, because they are built without correct engineering foundations, this led to differential descents in the soil and to cracking and tilting of those buildings, which immediately necessitated the necessity of evacuating the residents in order to preserve their safety.

It is noteworthy that the infrastructure in most of the controlled areas suffers severe damage as a result of the systematic bombing of the regime and its supporters to control the areas that were in the hands of the opposition.