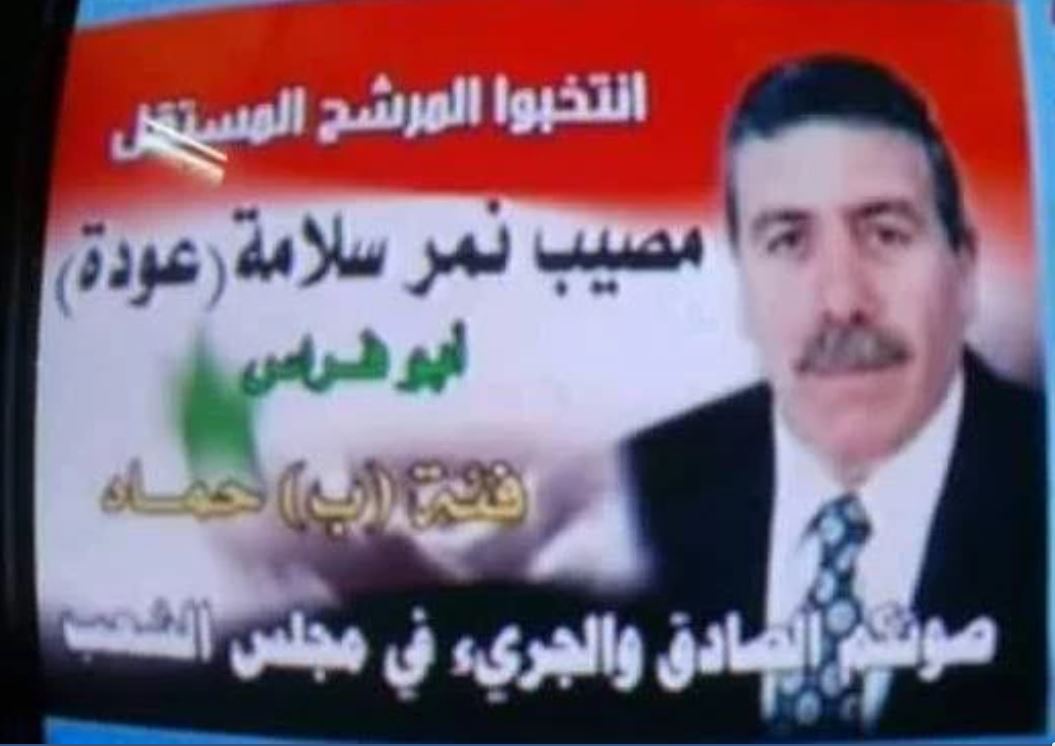 On Sunday, March 20, one of the largest leaders of the regime's militia was killed in Salamiyah city, Hama governorate, days after his arrest on various charges.

Media websites of Al-Assad regime called the leader "Musib Nimr Salama", without mentioning the cause of death.

According to local sources, Salama was killed days after his arrest and sentenced to ten years in prison with hard labor on numerous charges, including kidnapping, murder and others.

His arrest comes after 11 years of providing his services in tashbih to Al-Assad regime, where he is considered the mastermind of the murders and bombing of civilians with the help of a number of people who put themselves under his authority.

Salameh also played a prominent role in the pursuit of revolutionaries and demonstrators in Salamiyah city, and was known for his bad conduct and the crimes he committed publicly.

Mousib Salama is from Tal al-Tut village, which is part of Salamiyah city in Hama countryside.

Three years ago, the regime forces arrested "Mahmoud Afifa", the right-hand man of "Musib Salama", after displacing the areas of the northern countryside of Homs.

It is noteworthy that "Musib Salameh" enjoyed complete immunity due to the support of his brother, "Adeeb Salama", the assistant director of the Air Force Intelligence Department.

Al-Assad regime is known for abandoning its fighters whenever it wants, as it considers Salama one of the first to participate in the suppression of demonstrations in Salamiyah area, and has also committed several crimes in the countryside of Hama and Homs.