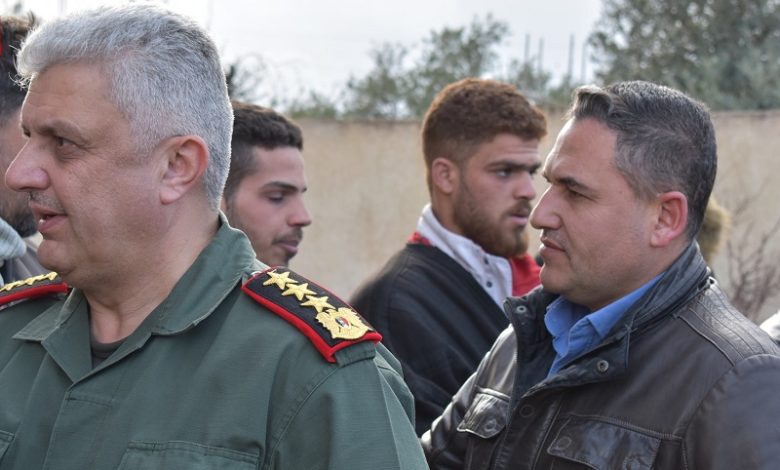 Local sources told "Ahrar Houran Gathering" that Al-Assad regime issued a decision to transfer Brigadier General "Uqab Saqr Abbas" in charge of the State Security Branch in Daraa Governorate, to Qamishli city, against the background of the failure of the attack on Jassem city in the northern countryside.

The source added that when the residents and leaders of groups from Jassem town, during the meeting held at the headquarters of the Ninth Division in al-Sanamayn city, objected to the intrusion operation carried out by "Brigadier Oqab" and his groups in Inkhil city and Nimr town, and groups affiliated with the Military Security Branch.

It pointed out that the failed incursion left more than 10 dead and wounded in the ranks of the regime, in addition to the damage of several mechanisms.

The source noted that "Brigadier Aqab" is accused of supervising large-scale assassinations in the cities and villages of Al-Jaidur since he took over the administration of the region in late 2018.

It is noteworthy that the regime claims the presence of cells for the Islamic State "ISIS" in Jassem city, as a delegation from the Russian military police had previously visited the city in April 2021, to investigate the regime's allegations of the presence of cells, but no development occurred in this context.