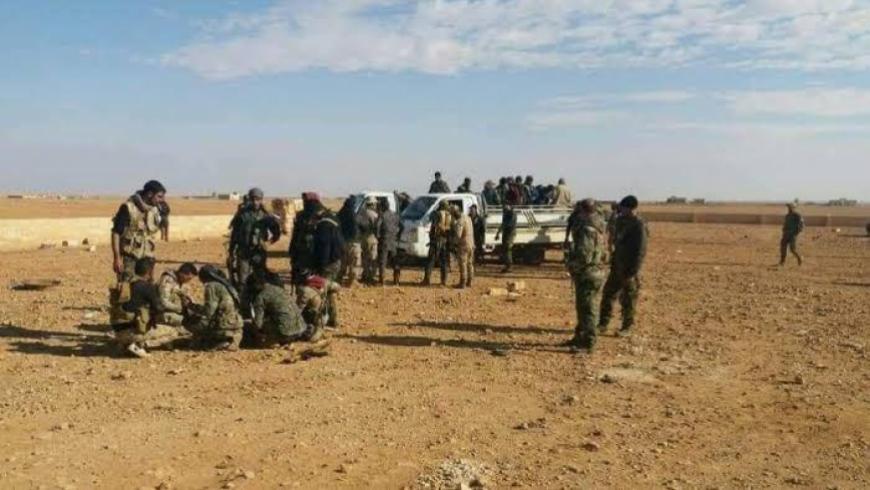 Twelve members of the Palestinian "Liwa al-Quds" militia and the regime's "National Defense" militia were killed, on Monday,

More than 20 others were wounded in confrontations with the Islamic State organization "ISIS" in the desert of Al-Raqqa.

According to "Al-Khabour" local network, violent clashes took place between the militias of the regime and Iran on one side, and ISIS on the other, in Khirbet al-Mukman and Sabkhat al-Mouh on the administrative border between Al-Raqqa and Homs.

The network added that the clashes resulted killing 7 members of "Al-Quds Brigade" and 5 of the "National Defense", including a leader, while 3 members of ISIS cells were killed.

It is noteworthy that ISIS documented its recent attacks on Al-Assad regime's positions in the central Syrian province of Homs last Thursday, through a videotape showing its members using tanks, a BMP vehicle, a 23 mm cannon and 57 mm rifles.