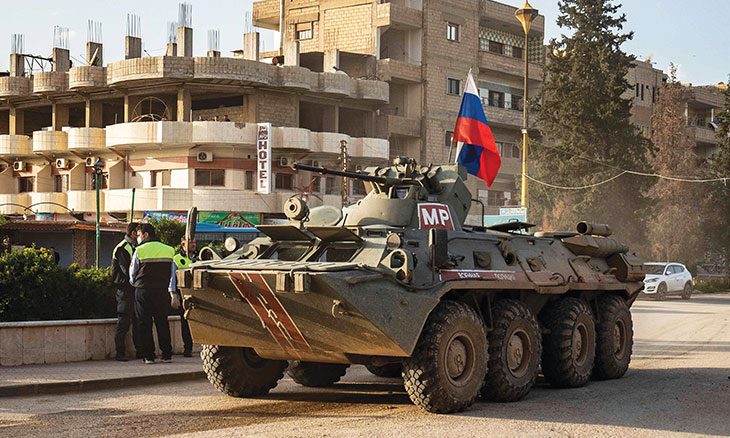 Local sources reported that the Russian forces present in Aleppo city have reduced the number of their members of the Russian Military Police in the city.

"Enab Baladi" website said that the military police have reduced their daily patrols, after the transfer of a number of Russian soldiers present in Aleppo city, inside the military points on the western and southern outskirts of the city.

During the last few days, a number of Russian soldiers were transferred to Hmeimim base in Latakia countryside.

The reasons for the transfer of the Russian personnel to "Hmeimim" weren’t known, but informed sources said that Russia had transferred its members who had military experience in Syria to Ukraine.