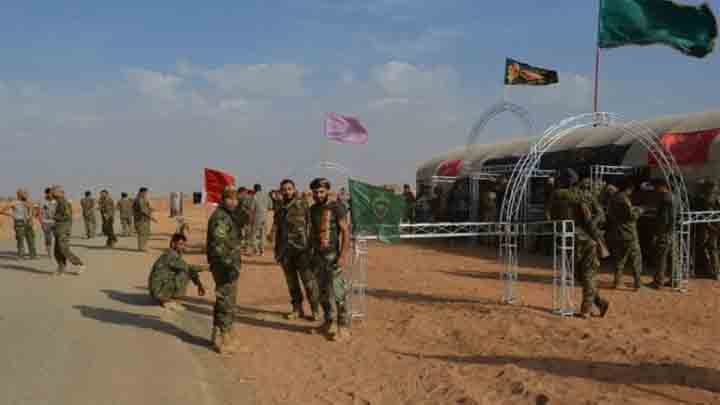 Local sources confirmed that the Iranian militias have strengthened their positions in Al-Qamishli city, which is under the control of "SDF", through an expansion that they are conducting in "Tartub" regiment, under the watchful eye of the Russian forces and the international coalition.

According to "Ain Al-Furat" network, the militias are seeking to establish dormitories and a camp for their fighters within the regiment, in a special section with trainers from the Lebanese "Hezbollah" militia.

The network added that the expansion process began inside the regiment after studying an engineering plan that lasted for about 40 days, in coordination with the regime's Military Construction Corporation.

It pointed out that this expansion came to meet Iran's desires to penetrate the region, especially after the number of Iranian militia members increased in the countryside of Al-Qamishli and Al-Hasaka within the regime's sectors and camps, despite the presence of the international coalition forces in a strong presence throughout the region.

It is noteworthy that the Russian-Iranian conflict from the expansion of influence in eastern Syria has witnessed a remarkable escalation in recent times, as both parties seek to recruit the people of the region and establish military points there.