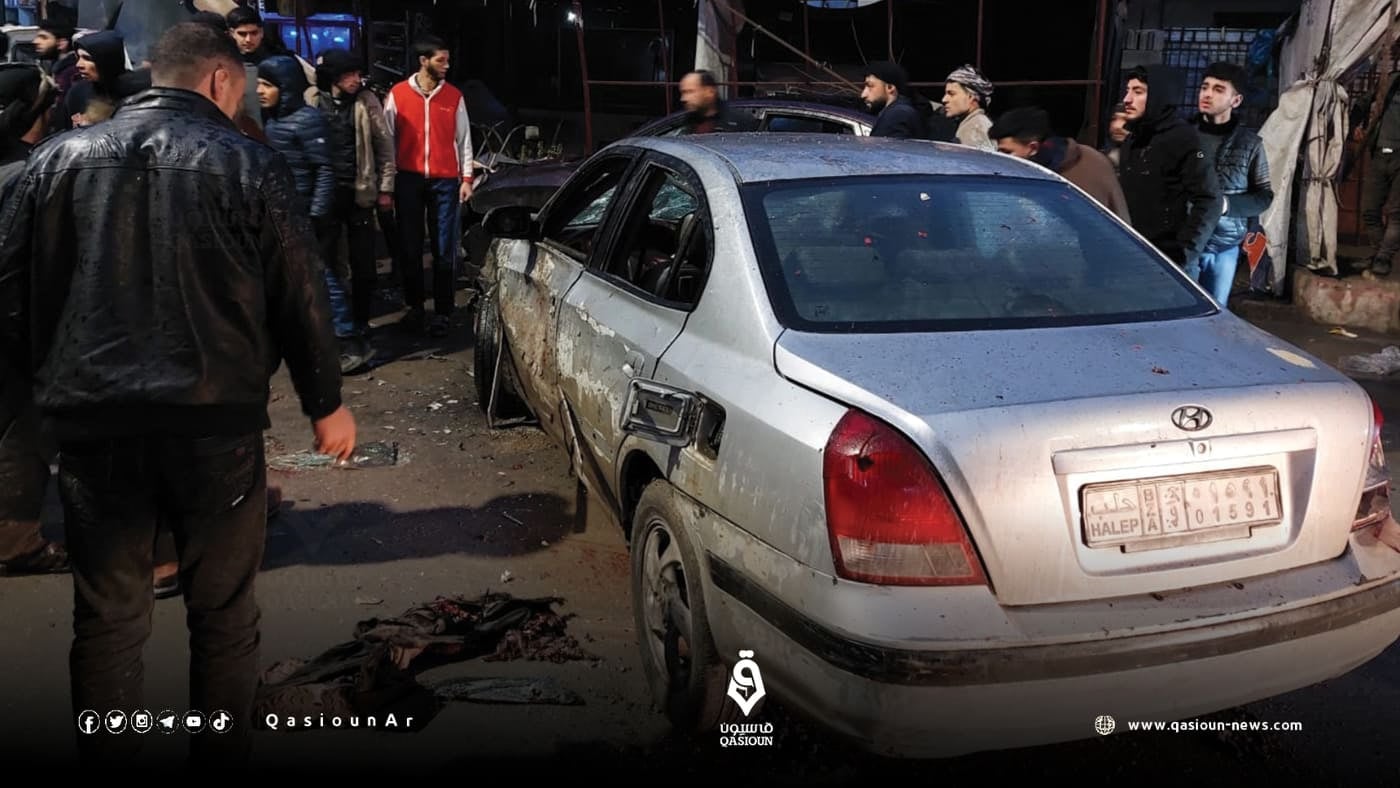 A series of explosions hit opposition-controlled areas in Aleppo countryside and Al-Hasaka in northern Syria yesterday, leaving dead and wounded, including civilians.

Qasioun's reporter said that a suicide bomber blew himself up near the transportation garage in Al-Bab center city in the eastern Aleppo countryside, killing him and wounding another person, and the explosion caused great material damage in the place.

Our reporter added that a suicide bombing at Kawa Roundabout in Afrin city in the northern Aleppo countryside, killing one person and wounding three others.

Azaz city witnessed the detonation of an explosive device in a car yesterday morning, leaving three wounded, and another explosion of unknown origin occurred in Ras al-Ain city without causing any casualties.