The factions repel an attempt to infiltrate the regime in the southern Idlib countryside, killing 3 people 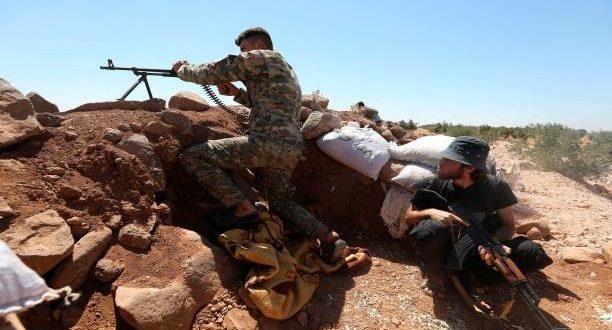 The opposition factions announced that they were able to repel a night infiltration attempt by the regime forces on Sfuhun axis in the southern Idlib countryside.

According to local sources, the attack resulted in 3 deaths and several injuries among the regime forces, as they were targeted with heavy machine guns.

In the context, the factions targeted with Grad rockets the positions and gatherings of the regime on the axis of Tarmala town in the southern Idlib countryside, which they said had achieved direct casualties in their ranks.

In Aleppo, a member of the regime forces was killed with sniper rifles on axis of Khirbet Jadraya village in the western Aleppo countryside yesterday, Thursday, and identical sources announced sniping two of the others on the axis of Qarmough village near Ain al-Arab city, east of Aleppo.