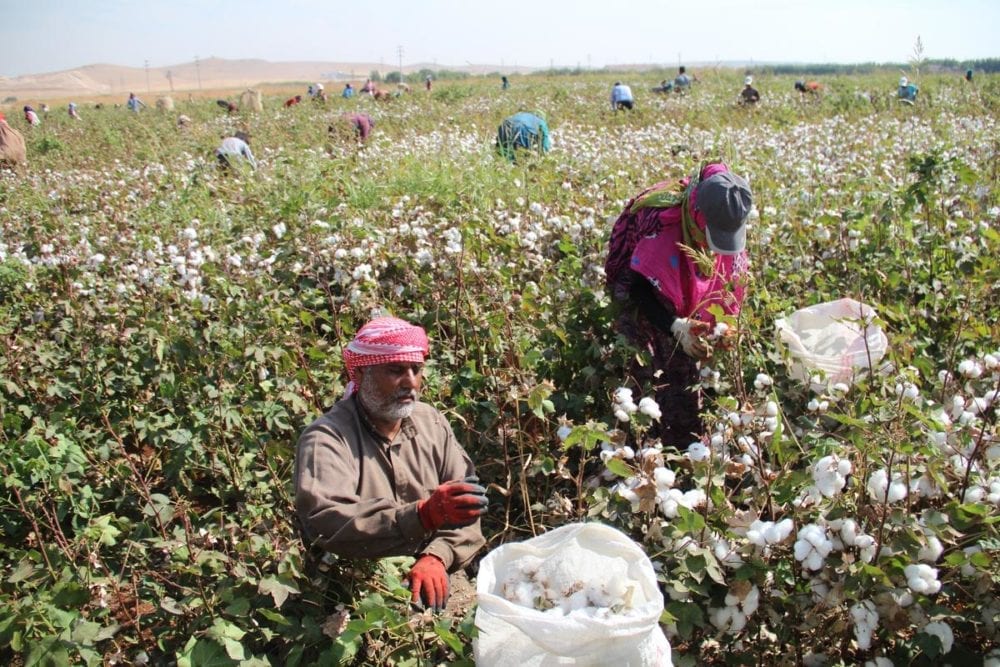 The regime forces arrested a number of farmers in the areas of Aleppo countryside under its control, due to refusal to market their cotton crops.

The pro-regime newspaper Al-Watan said that twenty-three farmers were arrested in Aleppo countryside, including sixteen farmers in Manbij, five in Al-Safira city, and one farmer in each of Al-Bab and Samaan area, due to refusal to market their cotton crop to receiving centers and gins.

The newspaper added that the detainees were transferred to the judiciary, on charges of violating laws and regulations.

The director of Aleppo Agriculture, Radwan Harsouni, indicated that 144 tons out of 1,234 tons were marketed to receiving center in Tishreen Gin after the start of marketing the crop on 19th of last September.