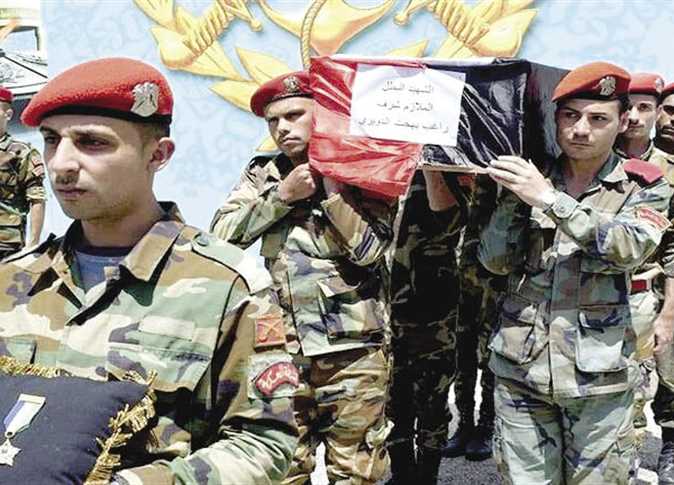 Media sources loyal to Al-Assad regime said that the regime buried 3 officers from the military hospital in Homs, as a result of the Israeli air strikes that targeted military sites belonging to Al-Assad's forces in central Syria.

Sources loyal to Al-Assad regime stated that "Lieutenant Sharaf", "Sultan Nadim Qleih - Zain al-Abidin Haider Qaytaz - Ibrahim Muhammad Fajr Karim", were killed as a result of what they described as "the treacherous aggression against the central region."

This comes, according to the Orient Net website, despite Al-Assad regime's claims that the bombing didn't result in military deaths, as it claimed that the Israeli air strikes resulted injury 6 regime members and the infliction of some material losses, according to his allegations.

Al-Assad regime also claimed, through SANA news agency, that the recent strikes resulted killing two civilians and the serious injury of another civilian, while there were reports of deaths due to the fall of a missile from the regime's anti-regime missiles on a fuel station west of Homs.