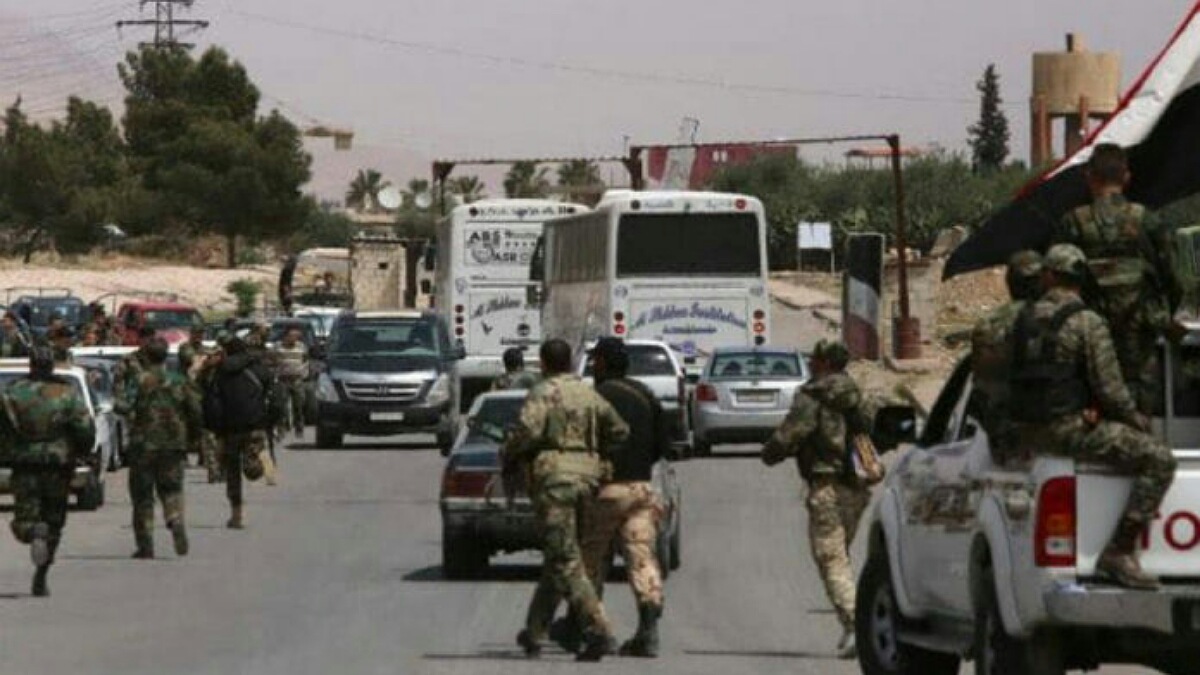 The regime forces carried out a campaign of arrests, targeting a group of young men in al-Nabk city in the western Qalamoun region in Damascus countryside.

According to "Voice of the Capital" network, the regime forces carried out a raid campaign in Al-Nabk city, resulted arresting 6 young men

The network added that the regime forces raided several shops in the city center, including a mobile phone shop, and conducted thorough inspections of the targeted shops, where they found foreign currencies and mobile devices used to transfer money.

It pointed out that the campaign came against the background of submitting security reports, stating that the owners of the targeted shops are working in the field of currency exchange and money transfer.

It is noteworthy that the same network has documented the arrest of at least 155 young men from the countryside of Damascus who have failed to perform military and compulsory service, to be forcibly recruited since the beginning of 2021, by Al-Assad militia.