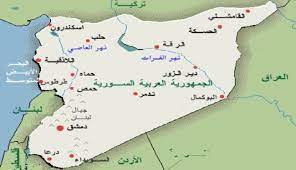 Local sources reported that Jusoor Center for Studies revealed a new statistic of the population of Syria, in the various areas of control, with the regime, “SDF” and the revolutionary factions, and in the countries of asylum.

The center confirmed that in mid-2011, the population of Syria was 21 million, which matches the statistics issued by the United Nations, which stated at the time that the growth rate was 1.7 percent.

At the beginning of this year, the population of Syria, at home and abroad, reached about 26 million and 385 thousand people this year.

According to Al-Durar Al-Shamiya network, the center explained that the total population in the regime’s areas is eight million and 840 thousand people, and in the revolution areas about 4 million people, specifically three million and 925 thousand, and in “SDF” areas three million and 50 thousand, while in the As-Suwayda and Daraa area, no It exceeds 560,000, and in the 55-kilo area near the Al-Tanf base, approximately fifty thousand civilians live.