Three who refused to settle were killed in clashes in Daraa 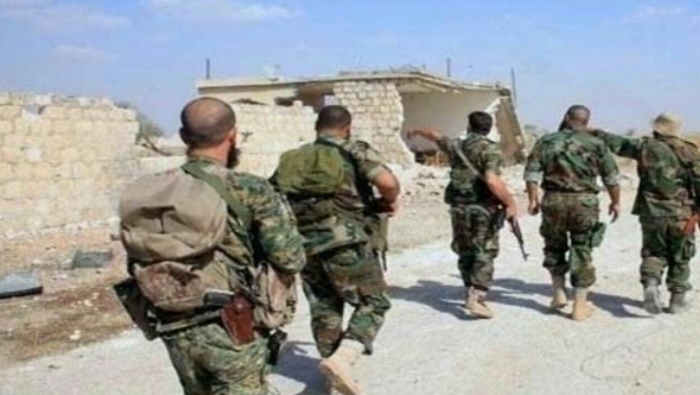 Three people who refused the settlement were killed in Daraa, after clashes with units of the regime forces today, Wednesday, 24 November.

According to "Daraa 24" local network, "Mahmoud Hussein Abd al-Rahman, Muhammad Shukri al-Daraan, and Hashem Qassem al-Saleh" were killed as a result of clashes that took place this morning, Wednesday, after units of the regime forces attempted to storm their positions.

The network added that the three dead were local members who were stationed in farms east of Nahtah town in the eastern countryside of Daraa governorate, and the regime pulled their bodies after storming the farms.

The network indicated that the wanted men who clashed with the regime forces in the aforementioned area are from Nahtah town and are wanted by the security services, because they didn’t accept the settlement process.

It is noteworthy that the regime’s government imposed a settlement last September on most areas of Daraa governorate, during which it displaced a number of those who refused the settlement towards the northern areas.