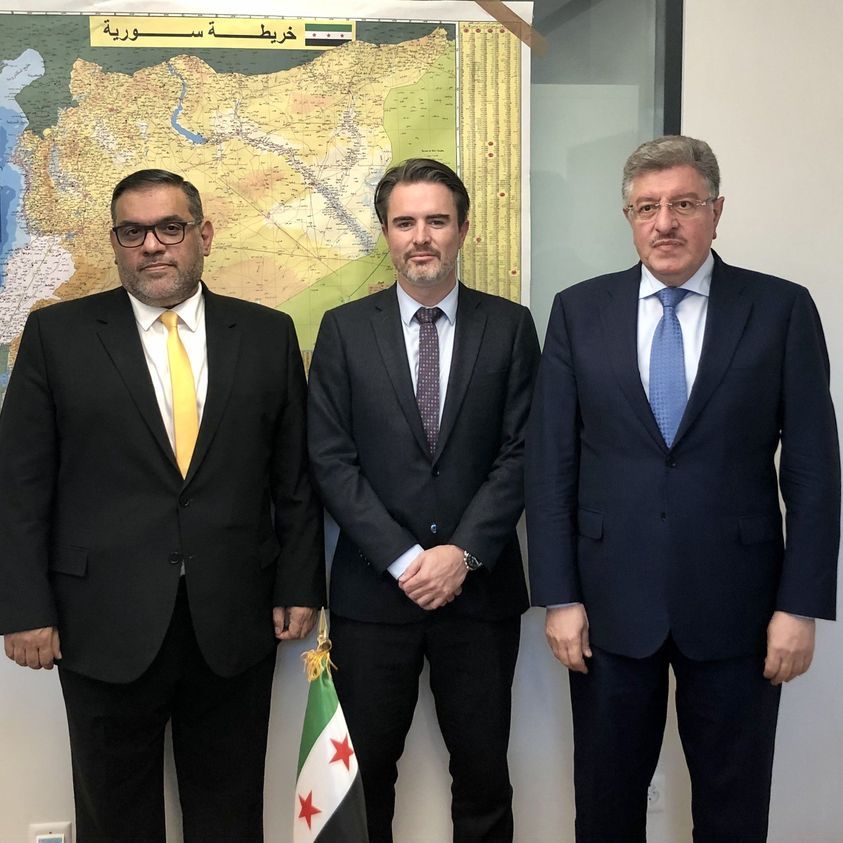 The head of the Syrian National Coalition, Salem al-Maslat, received the Canadian government’s condolences and condemnation for killing 13 civilians, including children and a teacher, who were martyred in the brutal shelling carried out by Al-Assad regime near an elementary school in Ariha city in Idlib countryside the day before yesterday.

Condolences were conveyed by Canadian Special Envoy to Syria Gregory Galligan, during a joint meeting with the head of the coalition and the head of the negotiating body in Geneva city.