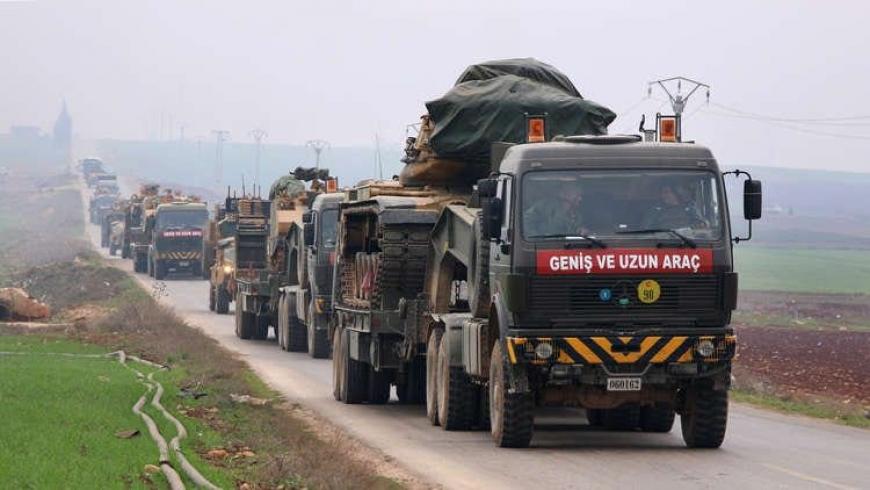 Qasioun reporter in the area said that a military convoy of the Turkish forces entered, on Thursday, from Kafr Losin military crossing, in the northern countryside of Idlib.

Our reporter added that the column included about 100 trucks, most of them carrying logistical equipment, cement blocks and prefabricated guards, with the aim of strengthening the bases deployed in Idlib and its countryside.

It is noteworthy that Turkish President Recep Tayyip Erdogan confirmed yesterday, Thursday, that his country will continue to do what is necessary, in response to the attacks in Idlib Governorate, stressing that they will not make any concessions in Syria.