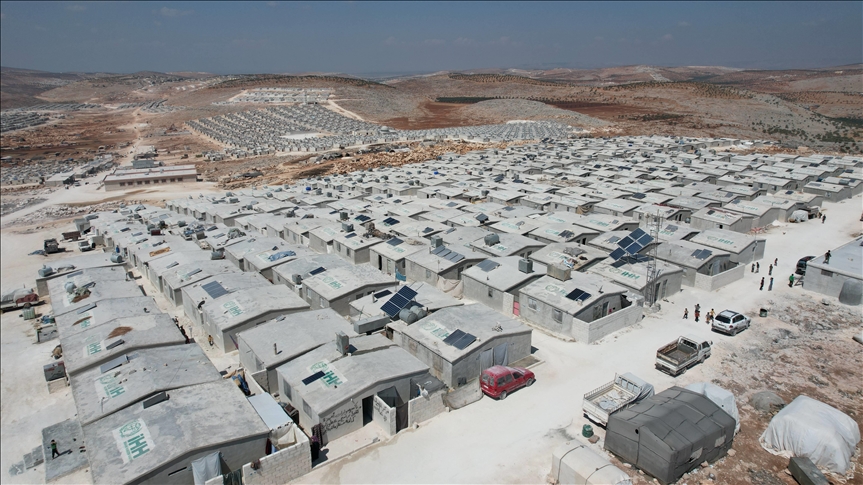 The coordinator of the commission's office for Syrian affairs in "Al-Reyhania" region in southern Turkey, Zaki Tahiroglu, said in a statement that they have been carrying out humanitarian activities for 11 years in order to heal the wounds of the Syrian victims.

He stressed that the relief organization "has supported the oppressed Syrian people since the beginning of the war through its offices in Reyhania, Kilis and Şanlıurfa."

He said, "Thousands of families in 75 different regions have acquired homes within the framework of the temporary homes project that we launched in 2020, while construction work continues in 28 regions."

He added: According to Anatolia, within the scope of the "Let's be a roof for the oppressed" project, which we launched about a year and a half ago,

We have established 16,239 temporary homes, including a room and a salon, with an area of 24 square meters in Idlib, and we are continuing our work diligently to reach our goal of reaching 21,676 homes.”