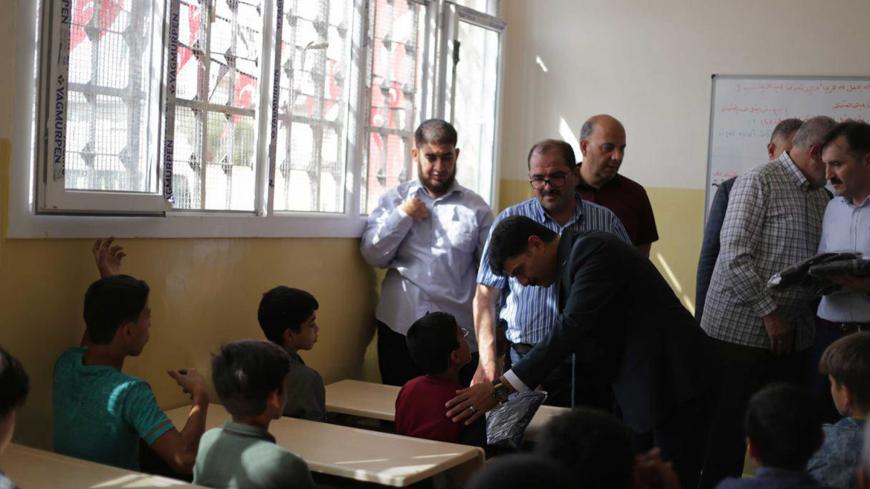 Dozens of teachers confirmed their strike tomorrow, Thursday, in protest against the lack of salaries and the poor living conditions in the areas of the northern countryside of Aleppo.

According to local sources, dozens of teachers in the cities of "Qabasin, Bazza, Al-Bab and Soran" called for a strike, in protest against the low salary, especially after the decline in the value of the Turkish lira against the dollar.

The text of the call for the teachers of Al-Bab and Qabasin district of Aleppo, today October 13, stated that after intensive meetings in which we informed the concerned authorities of the dire situation in our educational schools, students and teachers, we decided to strike tomorrow, Thursday.

They warned that if their demands to improve the educational situation in all its aspects and increase salaries by no less than 2000 Turkish liras were not met, escalatory measures would be taken.

This announcement came after several vigils and written demands of the decision makers, but all efforts were in vain, according to the description of the teachers of the city of Al-Bab.

It is reported that the teacher's salary in the areas controlled by the "National Army" is 750 Turkish liras, equivalent to 85 dollars, and the salaries are paid by Turkey.