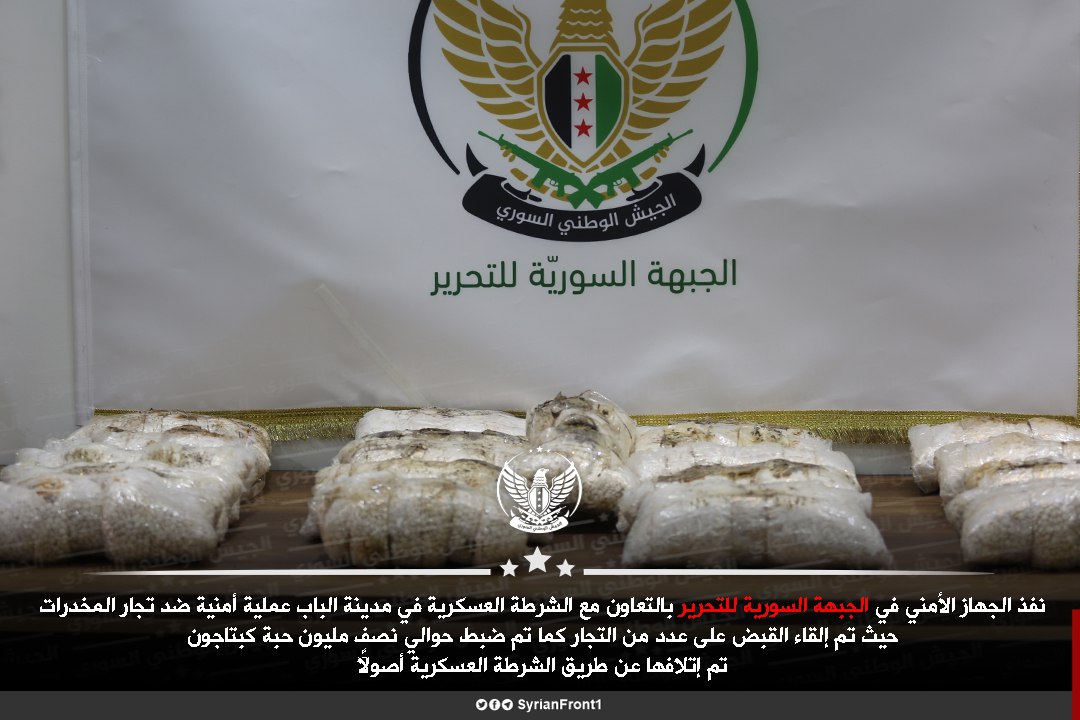 Yesterday, Tuesday, the Syrian National Army announced takeover a large amount of grain in a security operation in the countryside of Aleppo.

"Syrian Front for Liberation" said that its security apparatus, in cooperation with the military police in the city of al-Bab, carried out a security operation during which it was able to arrest a number of traders and seize about half a million Captagon pills, which were destroyed by the military police.

The Front did not publish more details about the people who were arrested and how they managed to bring this large amount of drugs into the area.

It is noteworthy that on October 1, the Syrian Front for Liberation of the National Army said in a statement that its security apparatus, in coordination with the “Military Police” branch, had arrested drug dealers in Janders area in the countryside of Afrin.