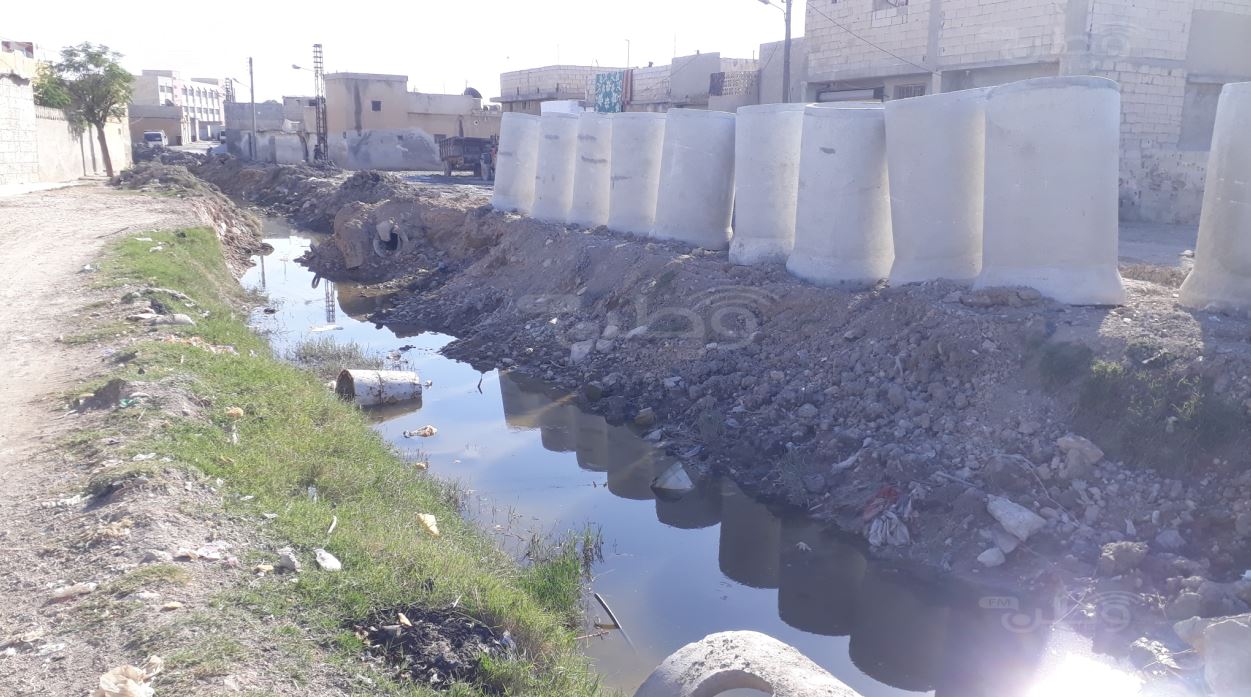 The Directorate of Public Services and Sanitation in Tel Abyad Local Council and the Turkish Services Directorate in Urfa State, have started implementing the largest sewage project in the city.

The sources reported that the workshops began laying concrete pipes in “Saloula” river, a sewage river that extends from the Turkish border to the village of Al-Manbateh, west of the center of Tal Abyad city, and then towards Jisr neighborhood until the eastern town of Tal Abyad.

For his part, the engineer in the Directorate of Services in Urfa, Omran Al-Jassem, said that the project will cover a sewage river with a length of more than 3 km, according to Watan FM radio.

Al-Jassem stressed that there are new projects such as irrigation projects and agricultural land reclamation, which will be among the upcoming projects with the support of the Turkish state of Urfa.

It is noteworthy that the local council in Tal Abyad announced last week that the Turkish electric current had reached the city's public institutions and water pumping wells.