For the second time in a week, drones target Iranian militia sites in Al-Bukamal 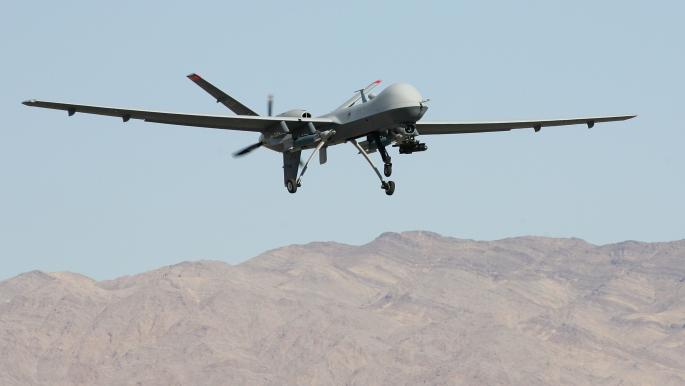 And Turkish Anatolia News Agency quoted local sources as saying that the targeting affected at least 3 sites caused 7 explosions in the area.

The sources indicated that the planes continued to fly over the targeted areas after the bombing, for more than an hour.

There was no comment from the Iranian militias with wide influence in that region on these raids until the hour of preparing this news.

It is noteworthy that Iranian militia sites in Syria have been repeatedly bombed by Israeli and American planes for years.

On October 8, a drone belonging to the international coalition targeted a site affiliated with the Iranian Revolutionary Guard and its militias in the Al-Bukamal desert, east of the province.