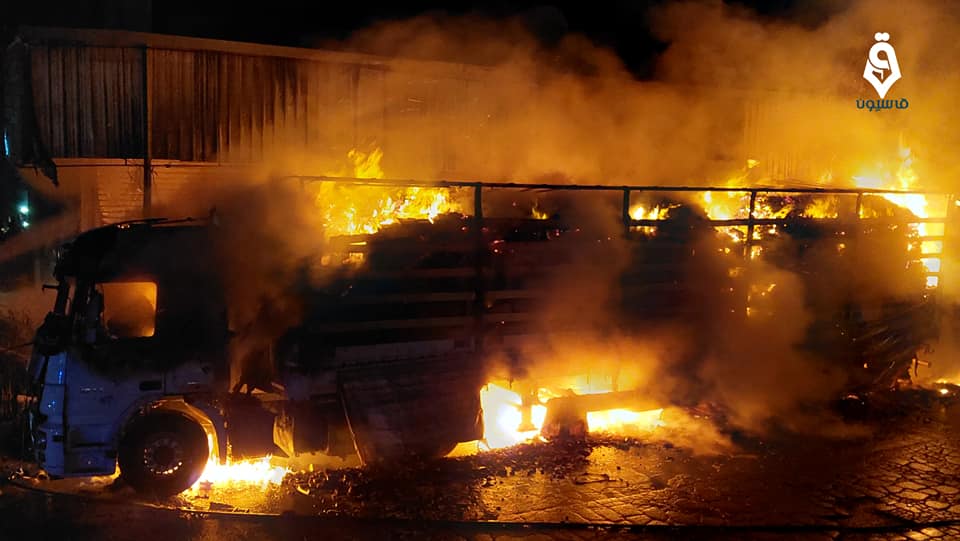 Qasioun TV reporter reported that an explosive device planted under a Turkish cargo car exploded on Wednesday - Thursday night in the city of Al-Bab, east of Aleppo, causing its burning, without causing any civilian casualties.

Our reporter added that the civil defense teams rushed to the scene of the explosion, which led to the outbreak of fire in a number of shops, and worked to put them out and ensure that there were no casualties.

It is noteworthy that the areas under the control of the Syrian National Army and the Turkish forces in northern Syria are witnessing attacks with explosive devices, booby-trapped cars and bicycles, causing death and wounding dozens of civilians.