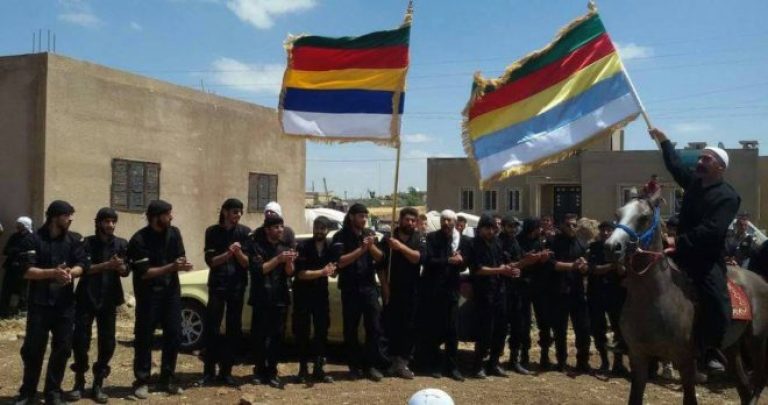 Today, Tuesday, members of The Dignity Men movement in As-Suwayda cordoned off the Military Security branch in the city, after tension between them and a group affiliated with the branch.

According to " As-Suwayda 24" network, the siege of the branch came after a group affiliated with the so-called "Raji Falhout", supported by the Military Security, attacked members of the movement from Sheikh "Maziad Khadaj" group.

The network added that the sound of a huge explosion was heard in the city in conjunction with the siege of the “Men of Dignity Movement” by Military Intelligence, noting that members of the movement deployed in the city of As-Suwayda.

It pointed out that the movement closed all roads leading to the military security branch in the city of As-Suwayda, and its members deployed at the entrances to the city.

It is noteworthy that “Falhout” responded to the detention of one of its members by kidnapping a civilian from the town of al-Qurayya, and shooting at a group of civilians and members of “Giyari al-Qaria” near the roundabout of the municipal stadium in the city of As-Suwayda, which resulted to killing a civilian and wounding another.