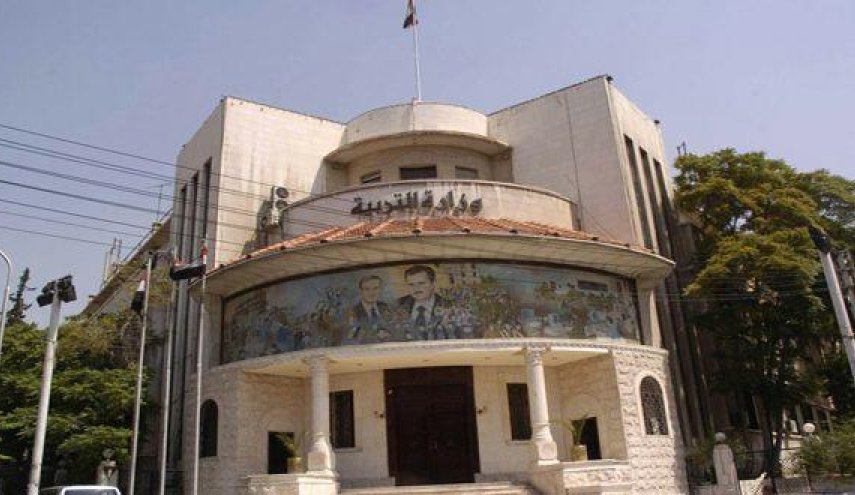 The Directorate of Education of the regime’s government in the city of Damascus called on the people to contribute to the repairing of schools that were destroyed by the regime forces.

The Director of Damascus Education, “Suleiman Younes,” called on the parents to participate in the restoration and maintenance of the schools, after talking about the high financial cost of rehabilitating the schools, which sparked widespread controversy.

In an interview with one of the radio stations close to the regime, Yunus said, "He hopes the civil society will be a partner with the schools in maintaining the schools in the area."

He added: “There were families in the neighborhood whose financial situation was good, or some craftsmen, carpenters and blacksmiths, they could be partners in maintaining schools because this results in a good community condition.

He pointed out that the cost of painting one school amounts to 40 million Syrian pounds, and the amounts of cooperation and activity are symbolic and do not cover the costs, as he put it.