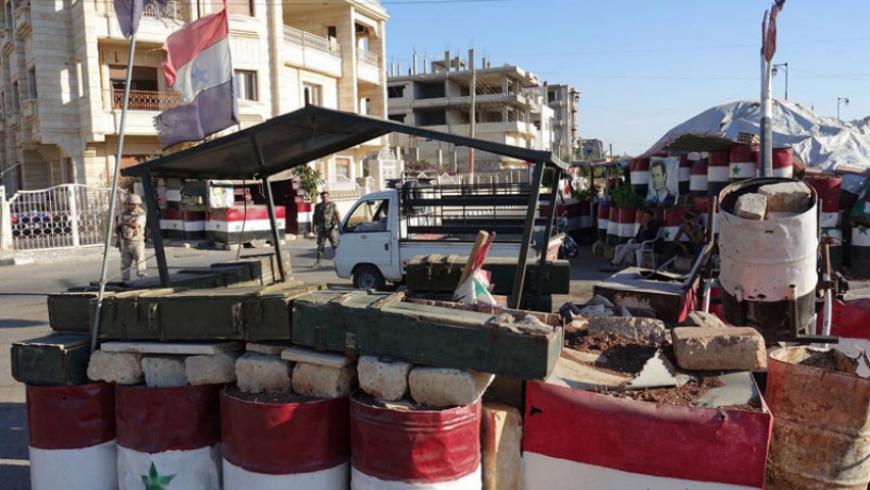 Local sources confirmed that the regime will open a settlement center for the defectors of the Fourth Division in Muzayrib town, west of Daraa.

According to "Ahrar Houran" group, the regime forces intend, tomorrow, Wednesday, to open a center to settle the situation of the defected youths from the Fourth Division in the Municipal Council building in Muzayrib town in Daraa countryside.

It added that the settlement process will include handing over the weapons of the Fourth Division, who recently defected, with a new security settlement.

It pointed out that the regime forces searched several houses in Muzayrib town, in the presence of the region's notables and the Russian military police, similar to al-Yadouda town.

It is noteworthy that the notables of the town of al-Yadouda, west of Daraa, reached an agreement two days ago with the officers of the regime forces, which stipulates that a settlement be made for tens of youths wanted by the regime and its defectors.