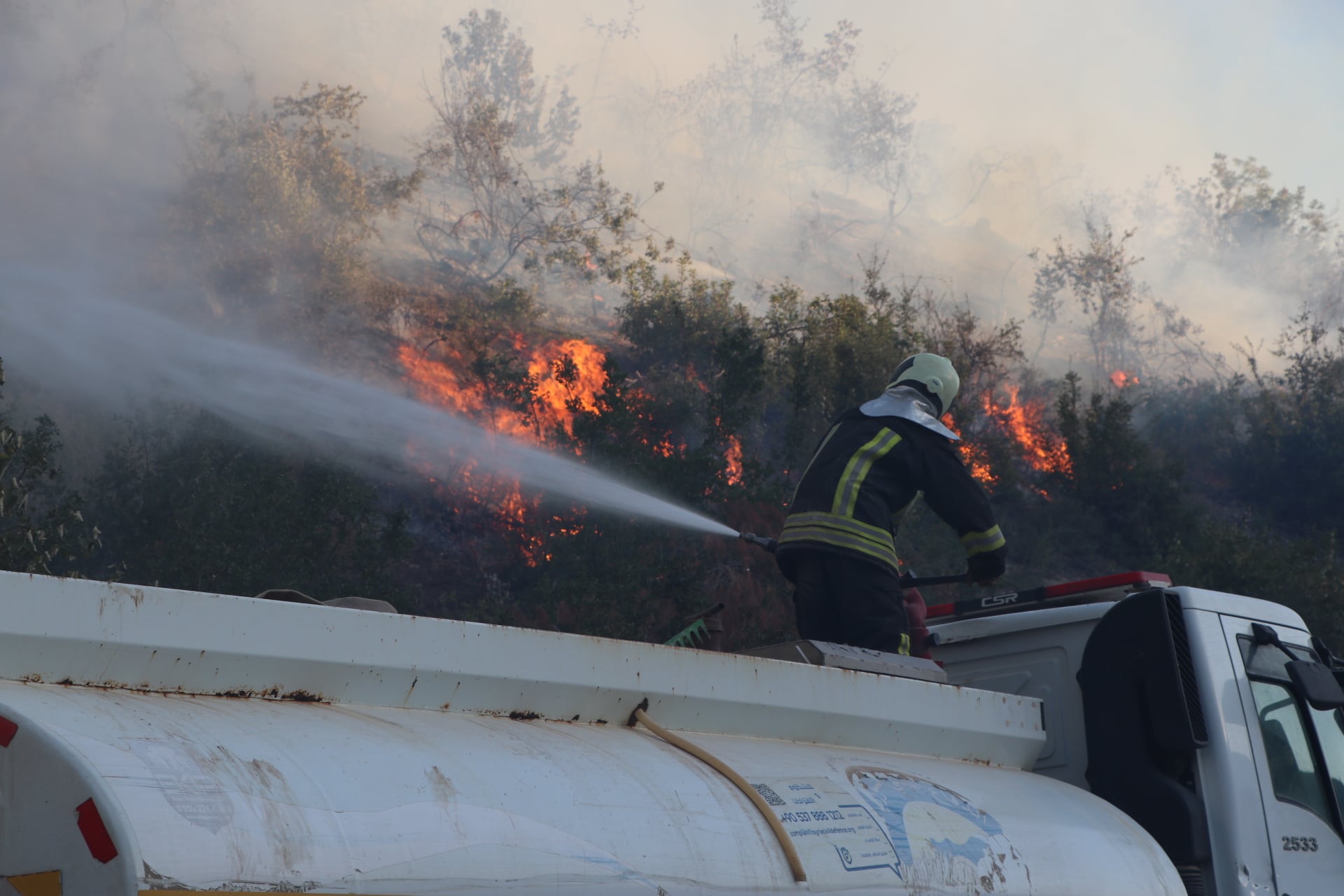 Yesterday evening, Monday, the fires devastated tens of agricultural dunums in Janders area in the northern countryside of Aleppo, which is under the control of the Syrian National Army.

According to the Civil Defense, huge fires broke out in the forests of the village of "Kuran" in Janders district in the northern countryside of Aleppo, affiliated to "Afrin" region, where hundreds of trees were burned in an area estimated at 20 hectares.

It added that her teams were able to control the fires today, Tuesday, after working for more than 10 hours, and that the teams faced difficulties due to the rugged mountainous terrain.

It pointed out that the fire destroyed dozens of forest trees with an estimated area of 20 hectares of agricultural and forest lands.

It is noteworthy that on May 28, fires that lasted for more than 36 hours broke out in the bushes extending from "Sheikh Hadid" district to Ramadan area in Al-Maabatli district.