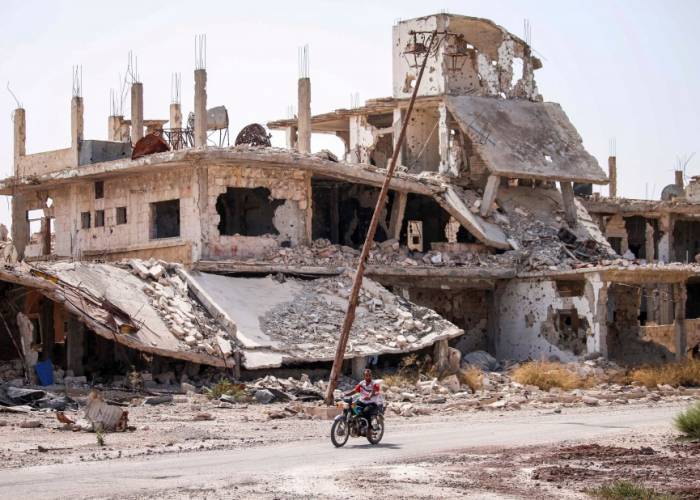 Local sources reported that the number of civilian casualties who died Thursday in Daraa governorate as a result of the regime's bombing has risen to 18, including 4 children, their mother and another child, local sources told Syria TV.

The sources said that 7 people had risen throughout Daraa governorate since Thursday morning, while Al-Assad regime committed a massacre in the town of Al-Yadouda by launching an elephant missile, killing an entire family of 6 people from Al-Zoubi family, including a mother and her four children, while what a fifth child is still under the rubble.