By pictures, Daraa rebels capture members of the regime's forces during Dignity battle 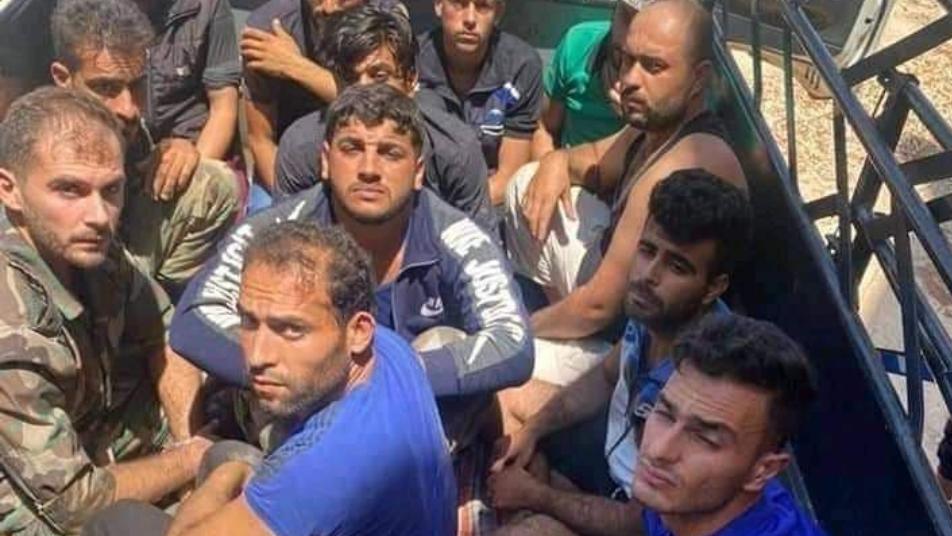 Daraa fighters were able to capture dozens of members of the regime forces and kill others during " Dignity Battle " that was launched in all areas of Houran in support of the neighborhoods of Daraa al-Balad, which the regime and Iran's forces are trying to storm and attack from several axes after being besieged for weeks.

Local networks and activists confirmed today, Thursday, that Daraa fighters took control of a number of security and military checkpoints for the regime forces in the towns of Sidon, Tafas, Um Al-Mayathen, Al-Taybeh, Tasil, Al-Shajarah, Al-Maliha Al-Sharqiah, Sahem Al-Golan, Nawa, Ankhil and Jassem, where the fighters managed to kill and capture a number of elements and seize Tank, different weapons and ammunition.

The pages published pictures showing dozens of Al-Assad militiamen, especially the "Fourth Division", who were captured during the attack on the checkpoints of the eastern and western regions of the province, where local networks estimated the number of prisoners at about 71 members, in addition to killing a number of others, including officers.

The fighters also took control of Zayzoun Camp, Al-Haggana Checkpoint and Al-Ameed Checkpoint on the Tiberias Road in the Tel Shehab area, which are checkpoints under the control of the "Fourth Division", in addition to blocking main roads in front of regime forces' columns, especially the Damascus-Amman International Road in Sidon, in conjunction with ongoing clashes with the forces of the regime. Assad in other military sites inside the city of Nawa.

This comes according to the opposition Orient Net website, within the framework of the "Battle of Dignity" launched by the people of Daraa Governorate to counter the attack launched by the "Fourth Division" militia to storm the neighborhoods of Daraa Al-Balad from three axes since the morning with the aim of subjecting the area to its conditions, as the militia began its attack on residential neighborhoods with an intensive preparation With rocket launchers, especially the "Phil" type, mortar shells, heavy machine guns and snipers, which resulted in the killing of a number of civilians in Daraa al-Balad, al-Yadouda, Tafas and Ankhil, and injuring others.