Daraa returns the revolution to its first course...and the regime's barriers are crumbling under the blows of its revolutionaries 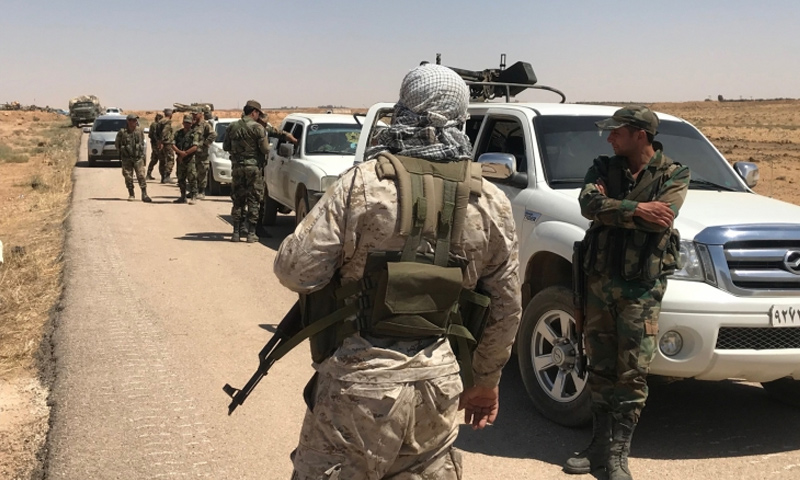 Fast developments in Daraa’s events after the failure of the agreement, as the Fourth Division and the militias supporting it began today, Thursday, an operation to storm the besieged neighborhoods of Daraa al-Balad, from three axes,

"Ahrar Houran Gathering" said that the storming attempts coincided with shelling with elephant missiles, heavy artillery shells and tanks, which led to the death of two people and the injury of a number of civilians, in the absence of any medical center.

The assembly added that the regime forces bombed the town of Al-Yadouda with rocket launchers and ground-to-ground missiles of the elephant type, in addition to shelling the town of Tafas with mortar shells.

He pointed out that the people of Daraa al-Balad repelled the regime's attack and were able to destroy a tank and kill its crew, stressing that the people of Sidon had taken control of the military security detachment, the checkpoint in front of the detachment, and the Sidon hospital checkpoint after clashes with the regime forces there, and captured 25 members with a non-commissioned officer with the rank of first assistant.

The residents of Umm al-Mayathen town, east of Daraa, were also able to seize a tank and various weapons after controlling a regime checkpoint, and the rebels also took control of al-Bakkar checkpoint of Al-Assad forces, located between the town of al-Bakkar and the city of Tsil in the western countryside of Daraa, and the military security detachment in the town of al-Shajara.

It is noteworthy that the people of Daraa Al-Balad issued a distress call for the lack of any first aid materials after the closure of the only medical point, yesterday, Wednesday, as a result of its targeting by snipers of the Fourth Division.