A fight between American soldiers and Russians in Al-Hasaka countryside, and the residents are encouraging 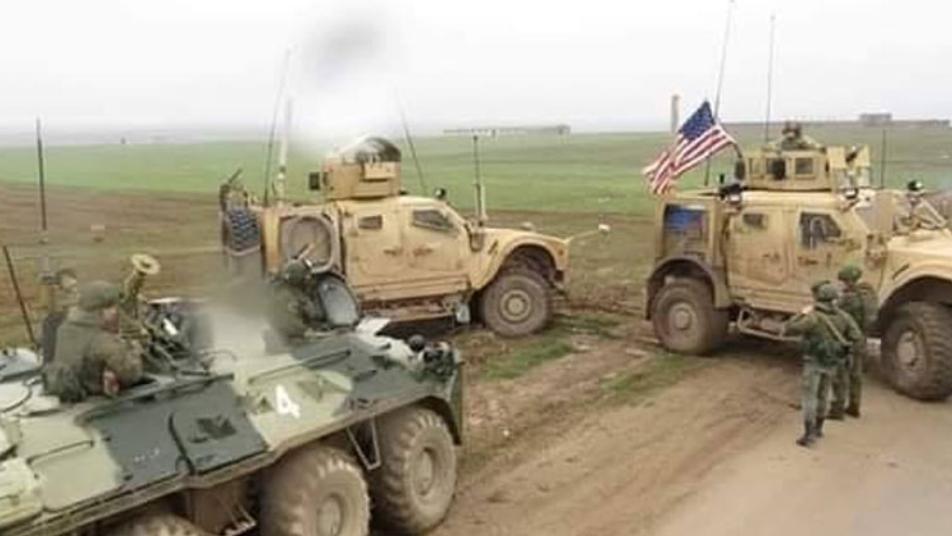 According to news reports, the areas of Al-Hasaka countryside witnessed a fistfight between US and Russian soldiers while patrolling near the Turkish border, in a new collision between those forces competing for control of these areas.

Yesterday, the local "Vedeng" agency published a video recording showing military vehicles belonging to the Russian occupation and another of the American forces between the villages of Patrzan and Derni in Alyan region, after American armored vehicles cut off the road in front of the Russian patrol, and the matter developed into a major dispute.

As a result of the dispute over traffic in that area, the Russian and American elements clashed with hands, according to the video and photos published by local activists in the area, and the collision ended without information about losses or injuries between the two parties.

The incident, according to Orient Net website, provoked controversy on social media, especially among the people of the region, between loyalists to one party at the expense of one party, and cynical to both parties together, as they are occupiers of Syrian areas and disagree over their interests at the expense of the Syrians themselves.